From the wide-open seaside of Southern California to the surreal charm of the ocean in Hawaii Islands discover picture perfect coastlines across this side of the United States, that is without a surprise home to some of America's most famous and sought-after beaches.

Nature's magic would simply amaze you at each of these coastal destinations. 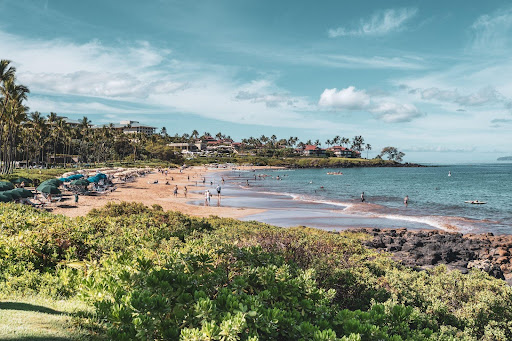 One of the most beautiful beaches in Maui, Makena beach also known as the Big Beach and given its more than 100 yards of white sand stretch it's no wonder why!

A perfect spacious beach with clear blue waters, this is also one of the longest beaches in Maui island.

Read about what happens when you apply for US Visa Application and the next steps.

Known for its crystal clean seas and white sand stretch, this beach area became one of Hawaii's first resort settlements.

If you plan to visit Maui during the Whale season this beach has to be on your list. Often named among America’s best beaches, visiting Kaanapali beach is a perfect way for welcoming an awesome Hawaiian vacation.

Talking about the best beaches in Hawaii would be insignificant if we miss out this breath-taking black sand beach which is the main attraction located within the Waianapanapa State Park of Maui.

US Visa Online is now available to be obtained by mobile phone or tablet or PC by email, without requiring a visit to local US Embassy. Also, US Visa Application Form is simplified to be completed online on this website in under 3 minutes. 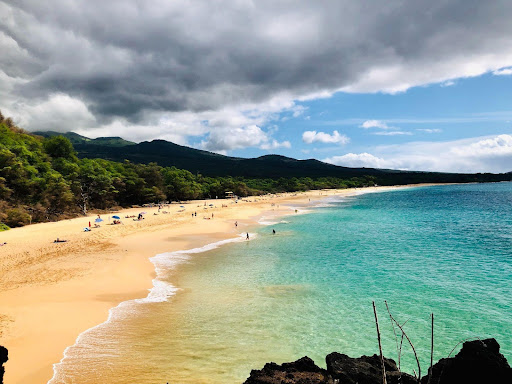 Some of the most photographed beaches in entire California are located within the Robert H Meyer Memorial Beach, a term used for three iconic beaches in Malibu.

Although each of the three beaches within Robert H Meyer Memorial Beach individually stands out, it would be okay to mention El Matador as one of the most well-known among the three.

From being a memorable picture frame used in many historic Hollywood films to being California's best kept natural wonder, this beach is ready to amaze you at a first glance!

Known as the birthplace of modern surfing culture, the area around this beach is classified as California State Park. Also, one the great places for bird watching this is the place where the Malibu Lagoon located near the beach finally meets the Pacific ocean.

One of the most well-known state beaches in California, Point Dume beach is known for its unending rugged coastline, recreational activities and the state’s spectacular marine wildlife including the grey California Whales.

Big Dume or Dume Cove Beach is one of the main beaches in the area surrounded by cliffs and island rocks gazing at the beautiful vast ocean ahead. 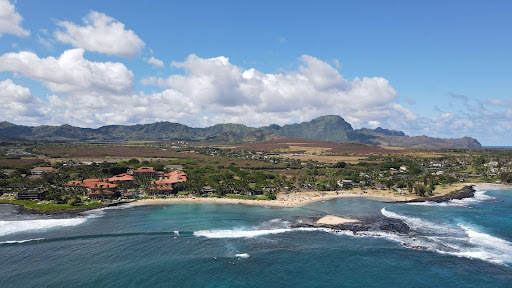 This crescent shaped beach in Kauai has often been named as America’s best beach and with its crystal blue waters and perfect location it's not surprising to know why!

A two in one beach, Poipu Beach is specifically known for several feet wide crescent shaped golden sand, great marine life and coral reefs, which can be best explored through many underwater activities.

A truly spectacular beach in Kauai Island, this place is untouched by crowded commercial projects, becoming one of the best beaches in Hawaii.

The beach extends for up to two miles along the chain of Kauai mountains and is known as the largest bay on the island’s northern shore.

The peaceful Hanalei town located at the middle of the Hanalei Bay is one must see attraction of Kauai.

Located on Kauai’s east shore, this beach can be easily accessed from the nearby town of Kapa'a and is a popular weekend getaway for tourists.

A secluded rocky beach on the island’s north western shore, this beach is one perfect location for a family picnic or watching a quiet sunset. 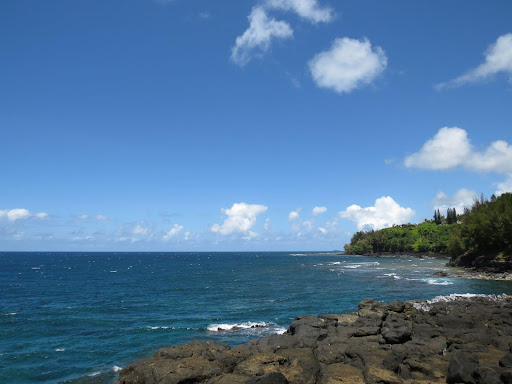 Stretching along the St Regis Princeville resort, this beach with its reddish golden sand is one of the most recognizable beaches in Kauai.

Here you can find the longest offshore coral reef stretch in all of the Hawaiian Islands and can even swim in its shallow turquoise waters during summers!

Surrounded by white sand beaches and high-rise hotels, streets buzzing with fine dining and hula shows, this is one of the most popular destinations of Hawaii.

Renowned for its famous Moana Surfrider Hotel, this location on Hawaii's Oahu island continues to be the favourite choice for those looking to see some of the best beaches in Hawaii state.

Read about how students also have an option to avail US Visa Online via the means of US Visa Application for students.

Rated among the most beautiful beaches in Oahu Island, the two and a half mile beach lies at the southern end of Kailua bay.

In Kailua you can find many world-renowned beaches of Oahu, known for their perfect blue waters for snorkelling.

Popular for its 30-foot waves in winters, world’s best surfers, dolphins, turtles and more, this beach with its breath-taking views can easily become your favourite place in Hawaii!

Located adjacent to Waimea Valley, a place which shares a significant importance in Hawaiian culture, you would find Waimea Beach to be a less crowded version of Waikiki in Oahu. 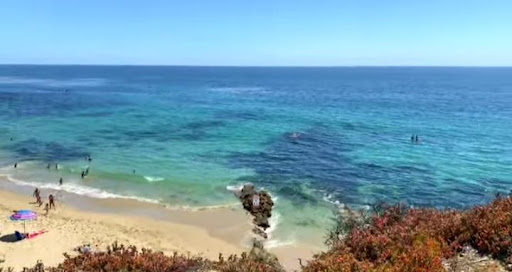 Located along the Gulf of Mexico, this beach would welcome you with its glass white sand, clear waters, family friendly attractions, and unique shops and restaurants amidst loads of natural beauty.

Tagged as an international family vacation destination, expect to be more amazed at every step at this beach in Florida.

Famous for water sports, this Southern Californian beach is most renowned among all the other Laguna beaches.

A popular sandy beach, the place continues to attract many water sports fans and family vacationers. 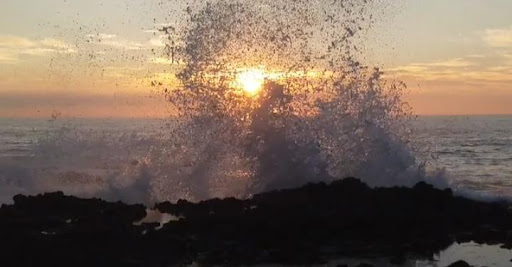 Crystal clear sand, turquoise waters and castle-like residences including a unique pirate tower, Victoria Beach is a hidden gem among all the beaches in Southern California.

Built against the cliffs, the castle inspired Pirate Tower and other mansions are only a few among many other outstanding attractions at Victoria Street.

Read about the US Visa Online eligibility. 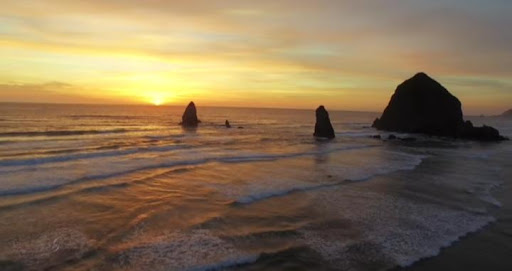 The basalt rock formation rises more than 200 feet above the surface creating a magnificent sight to behold.

Given the exotic beauty of this beach area, this place is probably already on your bucket list!

Overloaded with nature's charm, on this side of the coast you would be left amazed by sea caves hiding within the gorgeous sandstone cliffs, waterfalls emerging from the rugged coastline and much more, as you keep admiring the unreal panorama unfolding before you.

A year round destination, this location has been the site of many film productions as well!

READ MORE:
Best known as a family friendly city of America, the city of San Diego situated on the Pacific Coast of California is known for its pristine beaches, favourable climate and numerous family friendly attractions. Learn more at Must See Places in San Diego, California 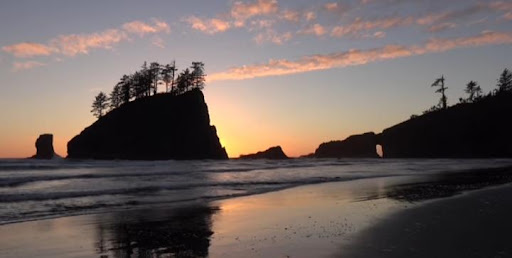 Located within the Olympic National Park, this easy to access beach comes with not one but many picturesque spots, tidepools and Whale viewing sites.

The Hole-in-the-Wall hike at Rialto is one of its must-see attractions.

A stunning beach on Washington coast, this place has won recognition world over for its natural splendour.

Witness the most dramatic scenery of the Pacific from this side of the United States where camping, hiking or a walk through the wilderness would simply win your heart.

Known for its massive rock formations and reddish sand, Ruby beach is one of the most recognised beaches along the Olympic National Park coastline.

And the pretty name for this beach comes from the ruby-like crystals found in its beach sand!

READ MORE:
Home to more than four hundred national parks spread across its fifty states, no list mentioning most astonishing parks in the United States may ever be complete. Read more at Travel Guide to Famous National Parks in USA