History of Statue of Liberty in New York, USA

The Statue of Liberty or Liberty Enlightening the World is situated in the heart of New York on an island called Liberty Island. 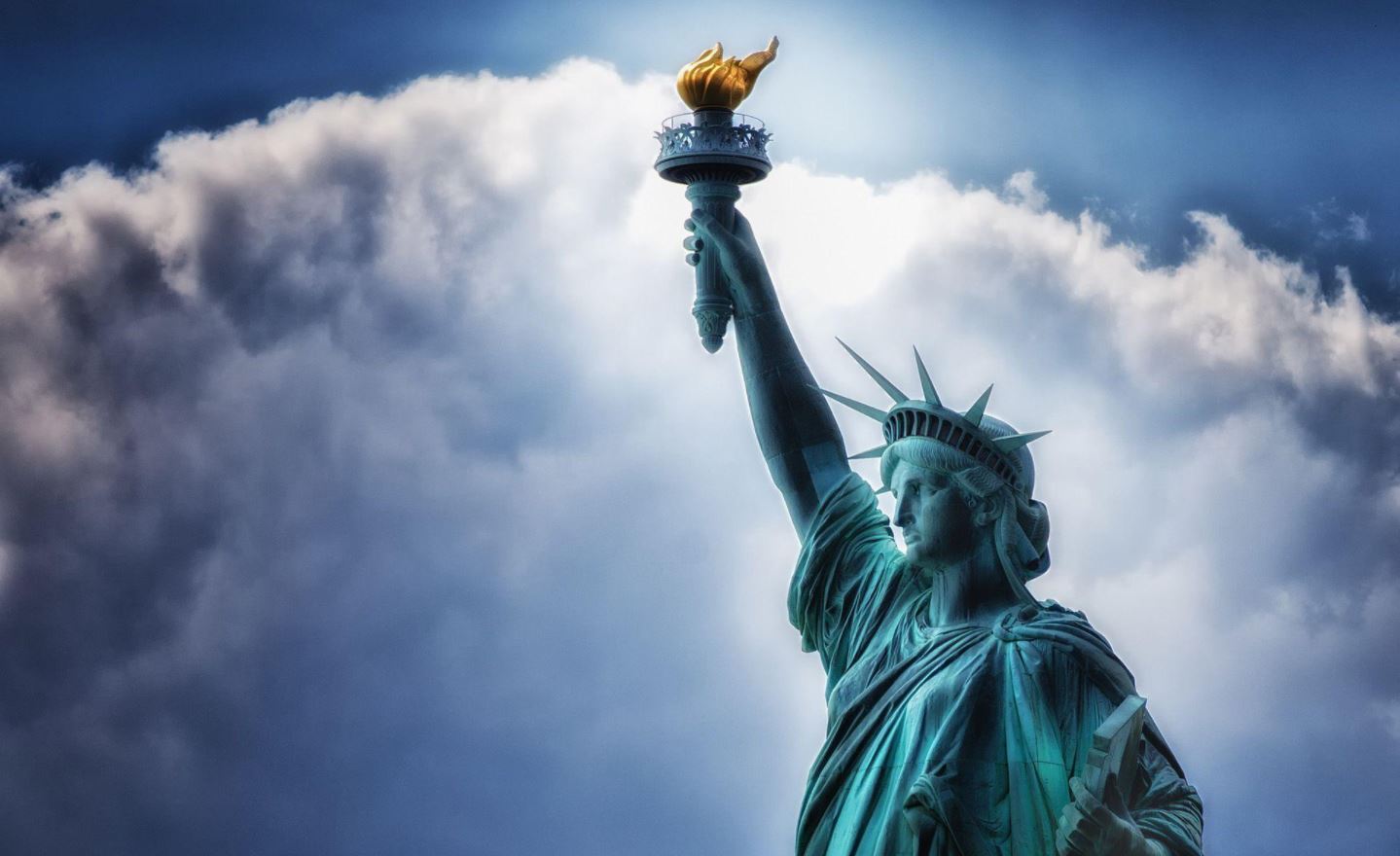 To commemorate the magnificence of the Statue of Liberty, the island which was earlier called Bedloe's Island got renamed Liberty Island. The renaming was done in 1956 by an act passed by the United States Congress. Through his presidential proclamation 2250, President Franklin D. Roosevelt declared the Island as part of the Statue of Liberty National monument. While we have known the Statue of Liberty for a very long time, there are still some very interesting and spectacular facts that are still not known to most of us.

To understand the Statue of Liberty better, read the article that has been very carefully curated keeping the facts about the monument and broadening your knowledge more than ever before so that the next time you visit New York and happen to go to Liberty Island you can cross-check with your understanding of the colossal with your own eyes and be baffled about the sculpture before you. In this information given below, we have tried to include every minute details that concern the Statue of Liberty.

History of Statue of Liberty

The copper-coated monument was a gift for the dwellers of the United States from the people of France. The design was conceived by French sculptor Frédéric Auguste Bartholdi and the metal exterior was sculpted by the sculptor Gustave Eiffel. The statue commemorated the bond of two nations on October 28, 1886.

After the statue was gifted to the United States, it became an emblem of freedom and equality not just in the United States but across the world. Statue of Liberty began to be inferred as a symbol that welcomes immigrants, refugees that arrived through the seas and otherwise. The idea of propagating peace through a statue of a woman holding a torch was initiated by Bartholdi who was greatly inspired by a French law professor and politician, Édouard René de Laboulaye, who had commented in 1865 that any structure/monument which is erected to U.S. independence would ideally be a collaborated project of the French and U.S United States citizens.

One of the proudest moments for the people of the United States was when the Statue of Liberty was declared as a UNESCO World Heritage site in the year 1984. In its Statement of Significance, UNESCO has exceptionally described the monument as a masterpiece of the human spirit that endures as a highly potent symbol—inspiring contemplation, debate and protest—of ideals such as liberty, peace, human rights, abolition of slavery, democracy and opportunity . Thus, concretising the emblem's legacy for the years to come.

READ MORE:
A city with more than eighty museums, with some dating as far back as the 19th century, a look of these wonderful masterpieces in the cultural capital of the United States. Learn about them in Must See Museums of Art & History in New York

Structure and design of Statue of Liberty

The design was conceived by French sculptor Frédéric Auguste Bartholdi

While the structure of the monument is something to marvel at, it is the creativity and the wit that goes into creating the Statue of Liberty which is something beyond the ordinary thinking of man. The statue's face is believed to be based on the designer's mother's face. She is representing the robed Roman goddess Libertas. In her right hand, she is holding the lighted torch of justice held high against the winds while her face and posture face southwest. The statue stands 305 feet (93 metres) high which includes its pedestal, in her left hand, Libertas holds a book carrying the adoption date of the Declaration of Independence (July 4, 1776).

The torch in her right-hand measures 29 feet (8.8 metres) starting from the flame tip to the entire stretch of the handle. The torch is although accessible via a 42-foot (12.8-metre) long ladder which goes through the arm of the statue, is now off-limits for the public since 1886 because of a person committing suicide from the place. An elevator has been installed inside the monument which carries visitors to the observation deck present in the pedestal. This place can also be reached through the spiral stairway built inside the centre of the statue to an observation platform leading to the figure’s crown. A special plaque found at the pedestal’s entrance is inscribed with a sonnet reading The New Colossus by Emma Lazarus. The sonnet was written to help raise money for the construction of the pedestal. It reads:

Did you know: Statue of Liberty was at first observed by the U.S. Lighthouse Board, as serving the purpose of a lighthouse aiding the sailors in navigational aid? Since Fort Wood was still a fully functional Army post, responsibility for catering to the needs of the statue was transferred in 1901 to the War Department.

In 1924, the monument was declared a national monument in and in the year 1933 the statue's administration was placed under the National Park Service. You would be surprised to know that due to the towering height of the Statue of Liberty, it is quite vulnerable to thunder and lightning. It is not a fact unknown that the statue is struck by lightning roughly 600 times a year and has been damaged before due to strong wind and thunder.

Did you know: Winds stronger than 50 mph can cause the Statue of Liberty to swing by 3 whole inches! And the torch held in the right hand can flexibly sway up to 6 inches! Is not that insane that a statue weighing up to 250,000 lbs. (125 tons) can even sway!

READ MORE:
Home to more than four hundred national parks spread across its fifty states, no list mentioning most astonishing parks in the United States may ever be complete. Learn about them in Travel Guide to Famous National Parks in USA

As the name itself suggests, the Statue of Liberty or Liberty Enlightening the World is an emblem of freedom through the personification of a woman holding a torch held high. The seven spikes in the crown of Libertas signify the strength and unity of the seven continents and the seven oceans of the world .

The purpose of the erection of the statue of liberty was to declare peace between the United States and France. It was a gift from the people of France to the people of the United States commemorating the friendship that bloomed post-war. If you observe, the statue's leg is free of shackles and is stepping away from the chains that are carefully constructed around the feet of Libertas towards the bottom of the monument. She is breaking away from the oppression and tyranny of wars, of rulers, of hatred, and freeing oneself from all sorts of prejudices.

The light of the torch should always guide, should always seep in all corners of the world and illuminate the darkness that lurks over us. As the fame of the Statue of Liberty grew, immigrants and refugees began to relate to the statue as a welcoming sign, as the signifier of warmth, equality, unity and brotherhood. It soon began to be seen as the statue which recognises and welcomes not only the people of the USA and France but citizens from across the world. The message is clear that the Statue of Liberty does not see race, colour, origin, religion, class, gender or any discrimination which breaks the purpose of unity. She stands guard to the rights of humanity. 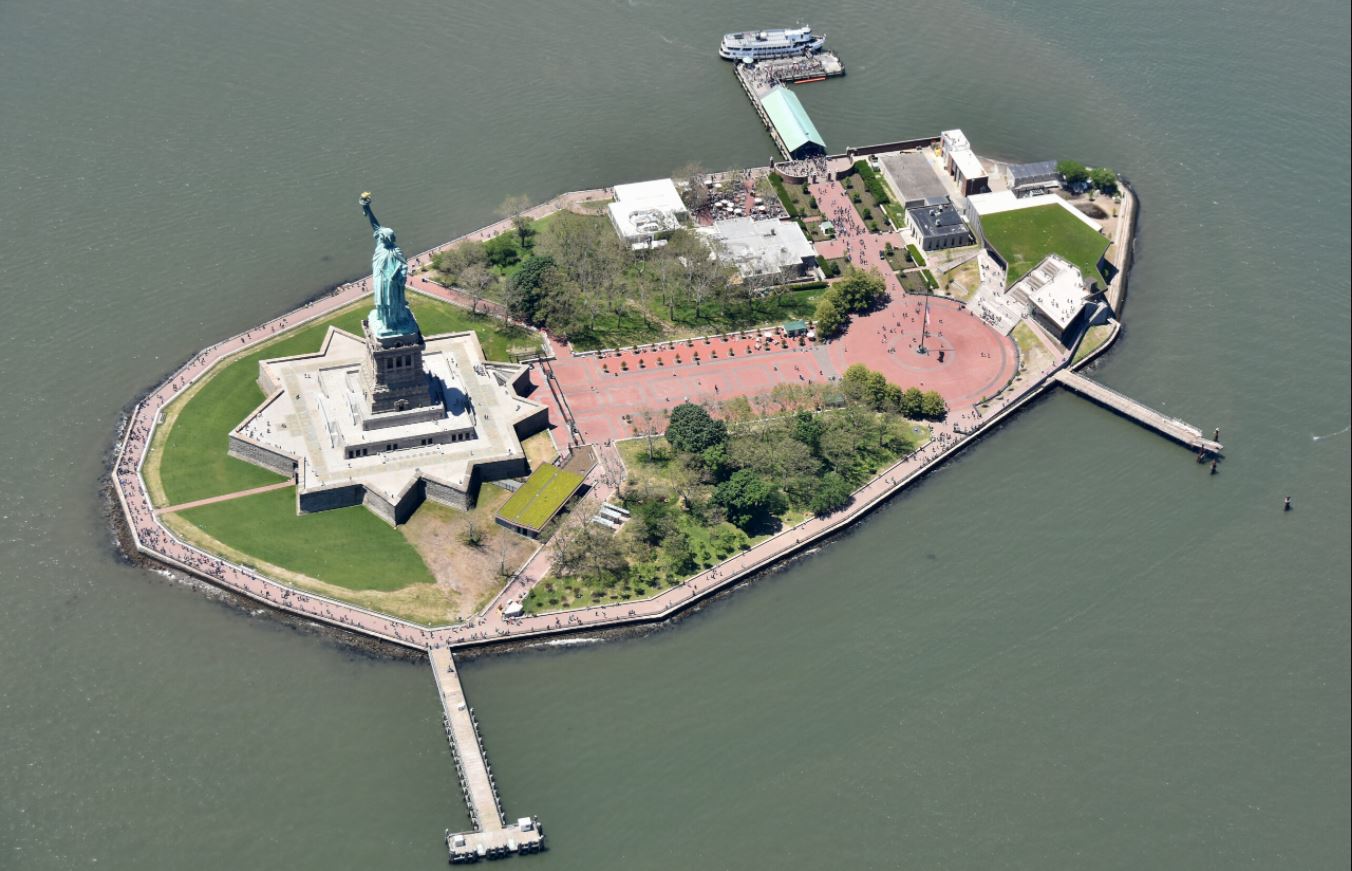 The Statue is located on Liberty Island, just a short distance from Ellis Island, home to the Ellis Island National Museum of Immigration

The Statue of Liberty graces a 12-acre island in Lower Manhattan and it is not just the world's most-recognized and celebrated landmarks, but is also known as a very attractive tourist destination point where tourists visit and learn about the history , significance and importance of the Liberty Island and explore museums and other relevant exhibits on the island. If you are curious about acquiring an in-depth educational experience about the monument, you can discover numerous fun and interesting activities to do at the Statue of Liberty and on the island too.

The Statue of Liberty Exhibit is situated on the second floor of the pedestal built inside the Statue and portrays a vast collection of photographs, carefully procured prints related to the monument and island and certain artefacts that narrate the story of the monument's construction and its significance through the course of history.

Exhibits include Fabrication of the Statue, Fundraising in America for the maintenance of the statue and other humanitarian purposes, The Pedestal and Century of Souvenirs. Everyone has access to this area of exhibit, no levied charges. The Visitor Information Station has portrayals of several brochures, maps and memorabilia related to the monument's legacy and also show the visitors a short documentary commenting on the making of the Statue of Liberty.

You can head over to this place to spend some quality time learning and unlearning facts about one of the most talked-about monuments of the world. You can collect brochures and guides to plan out your time you spend on Liberty Island and have your inquisitive questions regarding the statue answered by staff members present on site.

You can gain more knowledge about the history of the famous ever-illumined torch held steadfastly by Lady Libertas by visiting the section of The Torch Exhibit. The display there shows a rich collection of cartoons, drawings, photographs, diagrams, renderings, sketches, paintings and photographs of the torch running down the course of the monument's history. The Torch Exhibit is situated on the second-floor balcony of the statue.

You can choose to take the guided Promenade Tour and Observatory Tour to enjoy the glamourous view of the Statue of Liberty as well as the New York Harbor. You will be able to see the interior framework of the Statue from a zoomed-in position and learn about the Statue's etchings. Your journey on the island can last up to 45 minutes and a daily schedule is updated in the Visitor Information Centre.

The ranger-guided tours at Liberty Island are free. Know that the region of the torch is off-limits for public visiting. Sometimes, for public safety and other requirements, the crown of the statue is also within the prohibited area.

READ MORE:
Known as the the cultural, commercial and financial center of California, San Francisco is home to America’s many picture-worthy locations, with several places being synonymous as the image of the United States for the rest of the world. Learn about them in Must See Places in San Francisco, USA