Los Angeles aka City of Angles is the biggest city in California and second biggest city in the United States, a hub of the country’s film and entertainment industry, home to HollyWood and one of the most loved cities for those travelling to the U.S. for the first time.

With so many good locations and places to spend a great time, it is not an option to skip L.A. on a trip to America. Read along to know more about some of the best places to see when on a visit to Los Angeles.

ESTA US Visa is an electronic travel authorization or travel permit to visit United States for a period of time upto 90 days and visit fabulous city of Los Angeles. International visitors must have a US ESTA to be able to visit Los Angeles many attractions like Disneyland and Universal Studios. Foreign citizens can apply for an US Visa Application in a matter of minutes. ESTA US Visa process is automated, simple, and completely online. 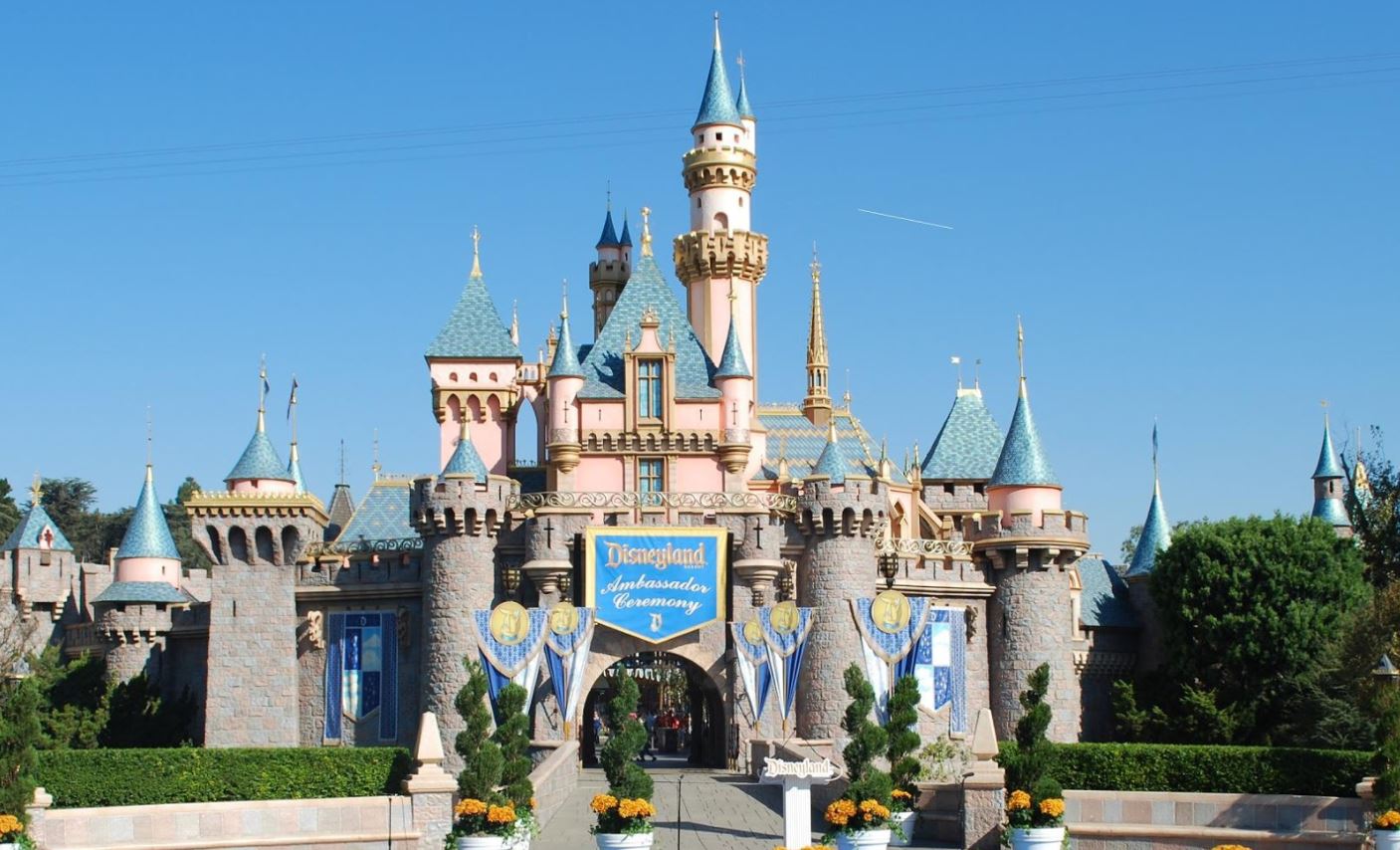 Disneyland Park, originally Disneyland, is the first of two theme parks built at the Disneyland Resort in Anaheim

Built at the Disneyland resort in Anhalem, California, this theme park filled with disney fantasies was designed under the direct supervision of Walt Disney. The resort offers two theme parks, Disneyland park and Disney California Adventure Park, each with its own set of unique attractions.

The world class amusement park features 8 themed lands, with attractions ranging from ‘Fantasyland Land’ exploring the world of Peter Pan to that featuring a Haunted Mansion.

This is a place in Los Angeles that has something for people of all ages. With two amazing theme parks, three Disneyland Resort hotels and lots of rides, shows and costume characters, Disneyland resort is a must see sight of L.A. 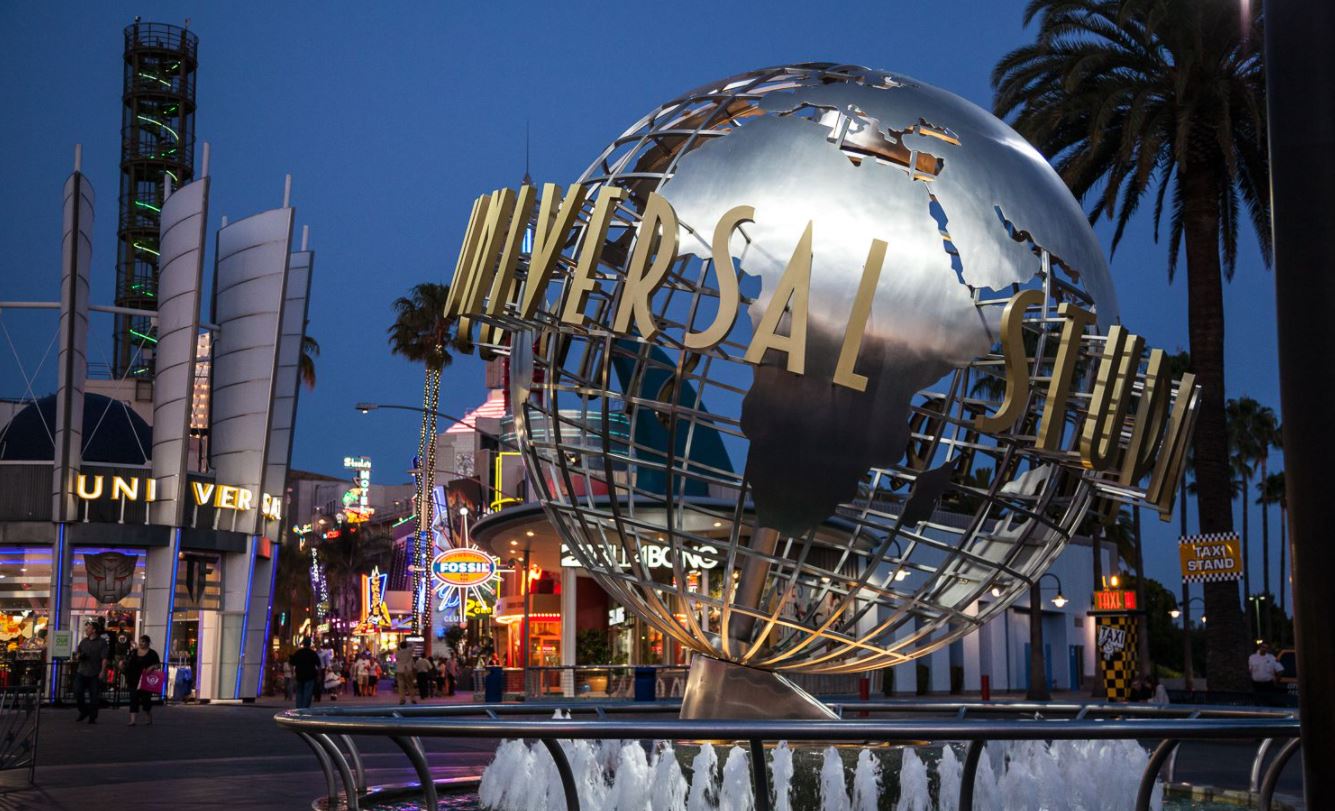 This incredible theme park located in Los Angeles County features rides, restaurants, shops and much more themed around many favorite Hollywood films of all time. Attractions in the park are built around different cinematic themes, from Old Hollywood times to most loved movies like the Mummy and the Jurassic Park franchise.

Each of the lots in the area houses everything from live shows, themed restaurants and shops, theme based rides to film studios offering a glimpse of behind the scenes of many of the greatest Hollywood movies.

The park’s most notable attraction includes ‘The Wizarding World of Harry Potter’, featuring a screen based thrill ride- ‘Harry Potter And The Forbidden Journey’, housed in a replica of Hogwarts Castle, multiple shops and restaurants based on Harry Potter universe, and many live shows as amazing as the one including a ‘Frog Choir’ where the students of Hogwarts can be seen with their singing frog.

READ MORE:
Seattle is famous for its diverse cultural mix, tech industry, coffee culture and much more. Learn about Must See Places in Seattle 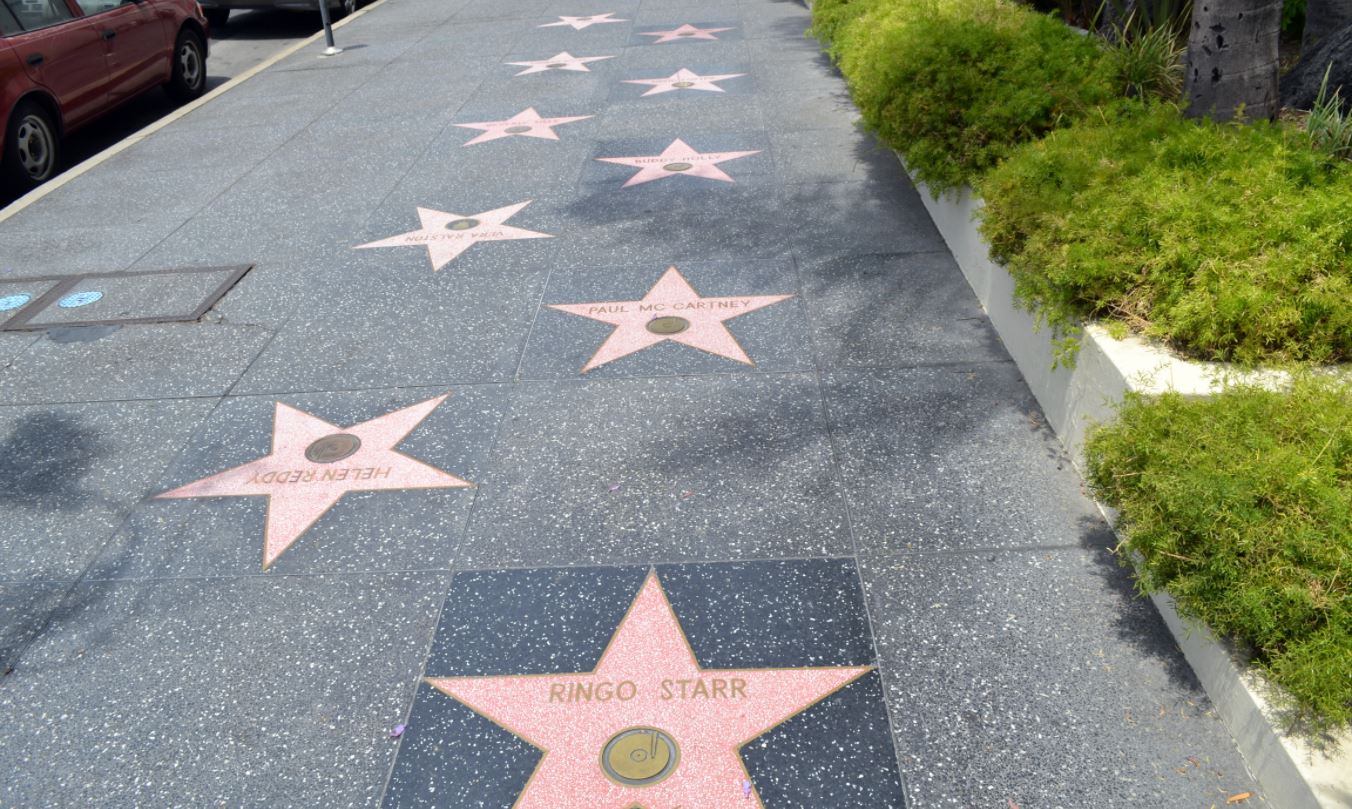 The globally renowned stretch of sidewalk, spread along 15 blocks of Hollywood Boulevard, is engraved with names of the most celebrated actors, filmmakers, musicians and celebrities in the history of Hollywood cinema.

The sidewalk, emblazoned with brass stars, is marked with artists from as long back as the 1960’s. This ‘sidewalk of glamour’, as it can be easily called, has more than two thousand stars and is located on L.A’s most famous street laden with landmarks, museums and other Hollywood attractions showcasing the city's film and entertainment heritage. 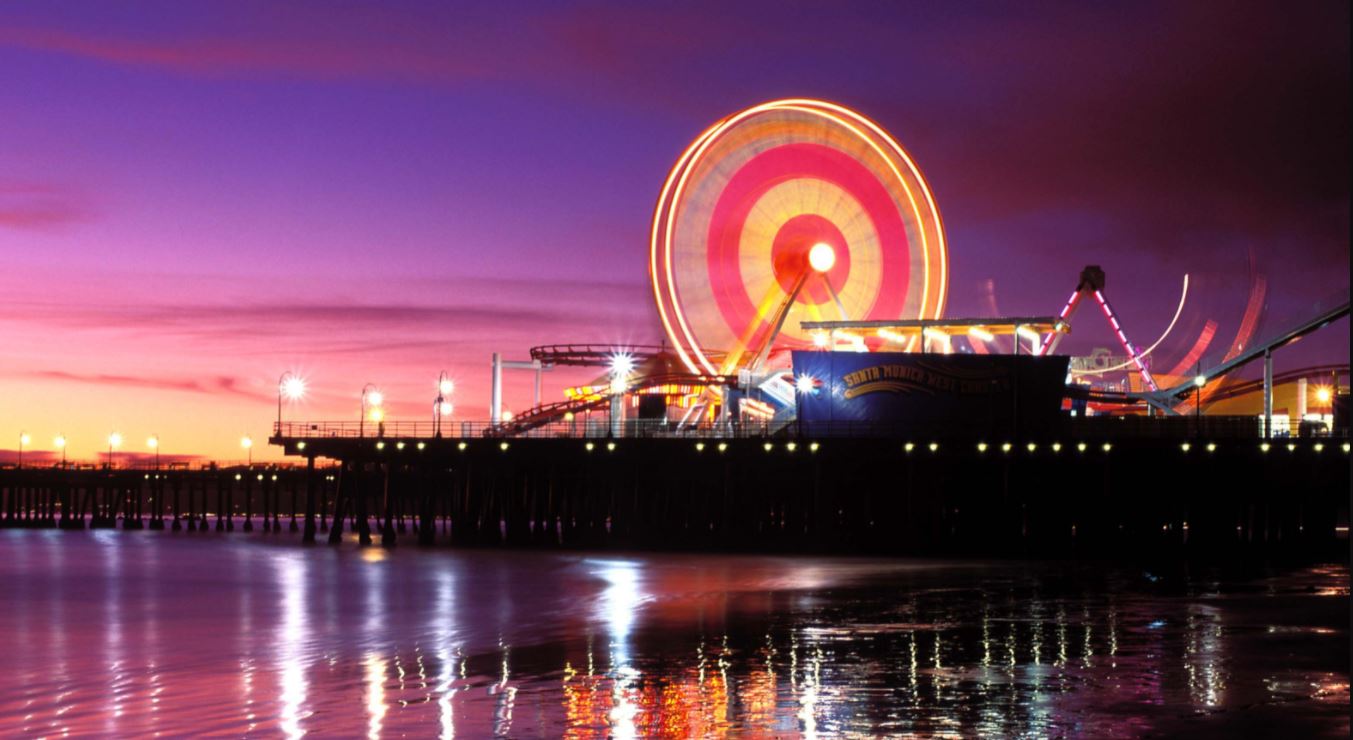 Stretching out towards the Pacific Ocean, this small amusement park in Santa Monica, California,is a little seaside wonder . Filled with rides, restaurants, shops, cafes and aquarium, this favourite local landmark is more than a hundred years old.

Its bright red and yellow ferris wheel is a city icon, with the evening views of the Pacific and the city of Malibu and South Bay making it an ultimate California experience. 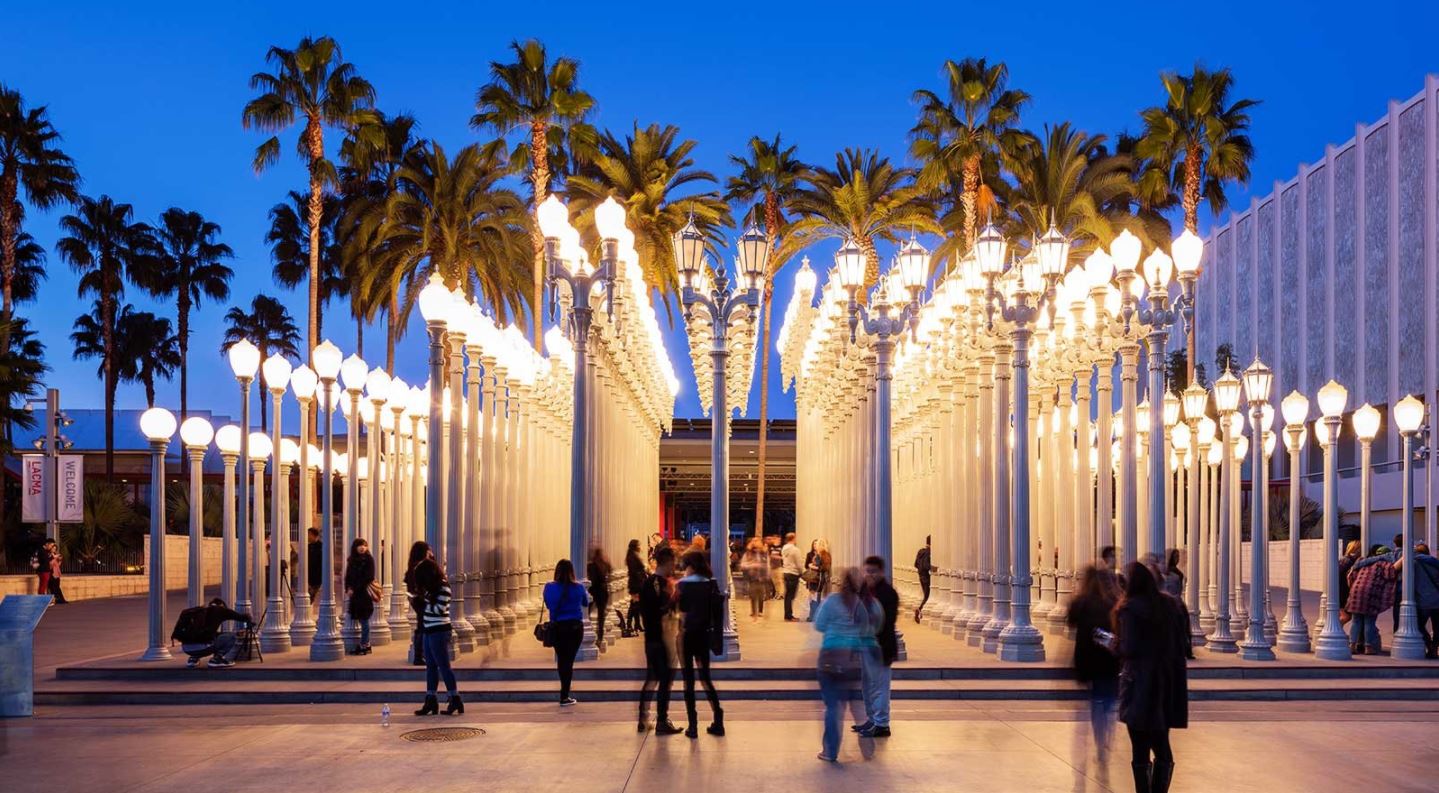 The largest art museum in the West of the United States, this museum is home to hundreds of thousands of artifacts showcasing thousands of years of artistic expression from around the globe. This art focused institution, with diverse collections of art history, often hosts exhibitions for art of various forms, screenings and concerts.

Even for those who can't stand in a museum for more than an hour, this place still has a lot to offer with its amazing architecture and temporary shows. 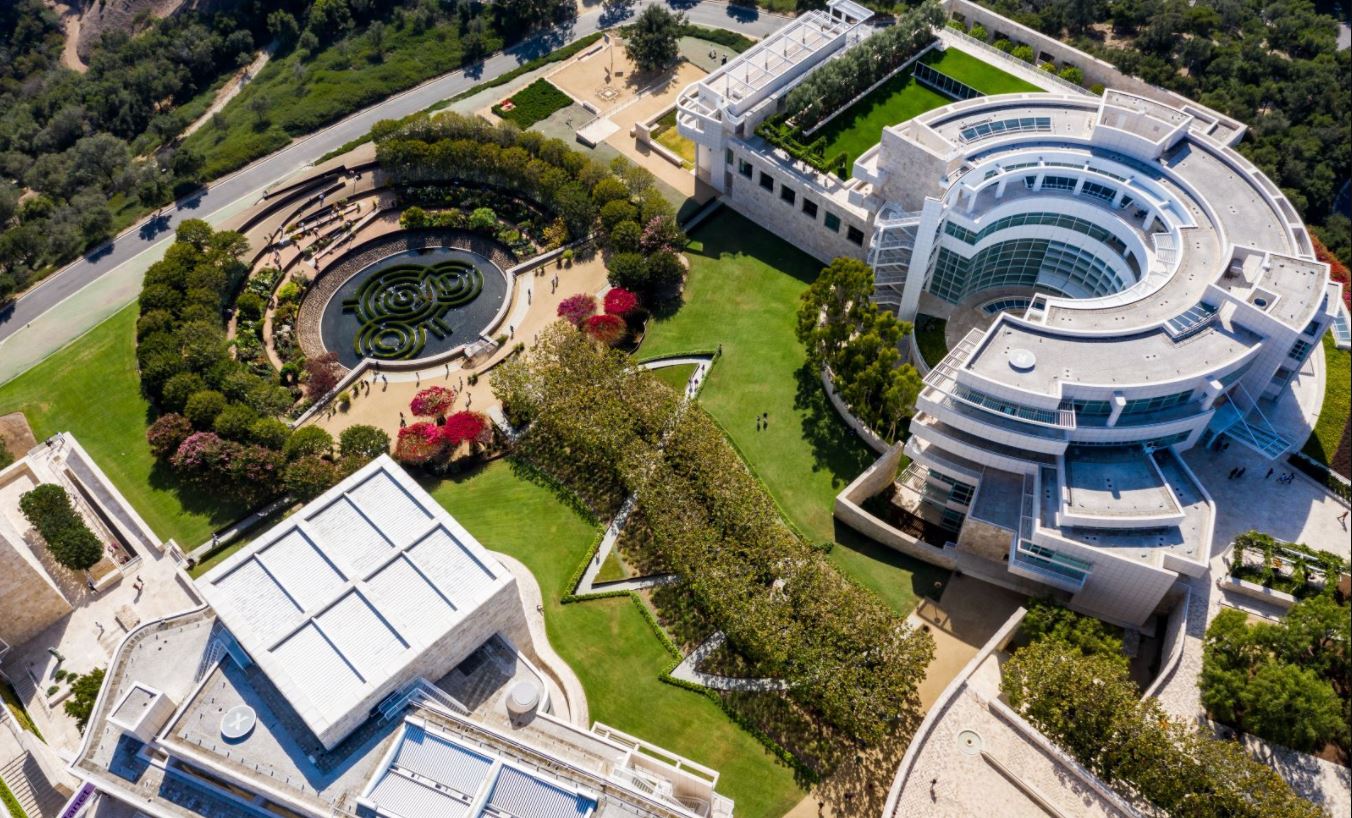 The Getty Center is is well known for its architecture, gardens, and views overlooking L.A.

Known for its architecture, gardens and views overlooking Los Angeles, this billion dollar center is renowned for its permanent collection of paintings, sculpture, manuscript, with many of the art pieces representing Pre-20th century contemporary and modern art. A place with great architecture and an inviting atmosphere, this could definitely be the best museum experiences you’ve ever had.

The best mix of retail and restaurants in Los Angeles, The Grove is world famous for its high-end shopping and dining options. A city’s landmark with flavour and luxury, The Grove is a place worth experiencing, where its upscale shopping streets take visitors on a journey back in time.

Situated in Hollywood, California, this museum celebrates the spirit of cinema housing wax figures of some of the most famous Hollywood celebrities. The museum's themed galleries with historical figures from American cinema is a treat for the eyes.

Located just adjacent to the famous TCL Chinese Theatre- a movie palace on the historic Walk of Fame, with many upscale restaurants and cafes nearby, this is one great place for spending a good day in L.A. 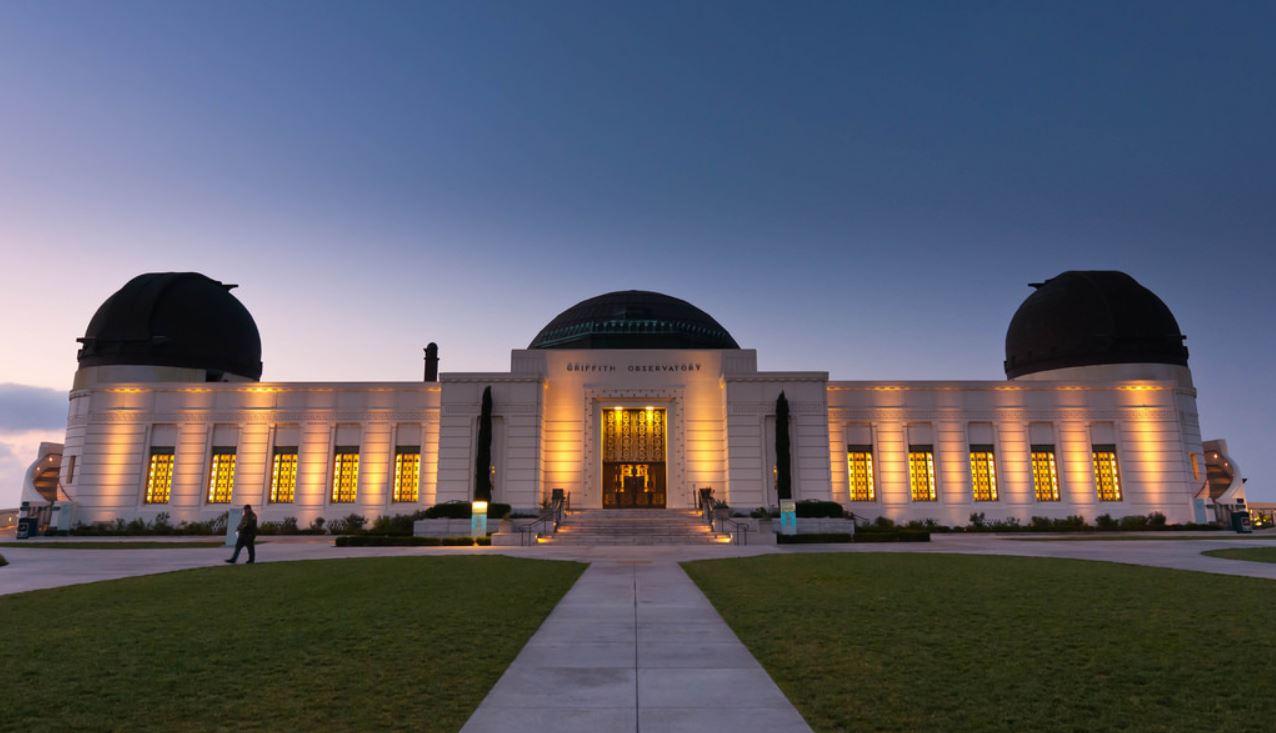 Ponder over the wonders of the sky from this place known as Southern California's gateway to the cosmos. California’s most popular and starry attraction, Griffith Observatory is a not to skip at any cost destination in Los Angeles.

With free entry, many amazing exhibits of sky and beyond, and a number of fantastic picnic spots, this is the place where you would get an unparalleled view of Los Angeles and the famous Hollywood sign.

Known for its oceanfront boardwalk, this buzzing beach town with upscale restaurants, funky shops, street performers, food hotspots and everything else that comes under the domain of fun, this is California's very own playground by the sea. One of the city’s busiest attractions, this place is visited by tourists from all around the world.

Even on the most mundane days, Los Angeles could seem as a totally vibrant city, with its multiple locations ready to offer an experience of fun and joy that never gets old. Make sure to take a look at the city’s best locations offering a peek into the most renowned side of America.