A city shining with vibrance at every hour of the day, there is no The List which could tell you what places to visit in New York among its many unique attractions. Nevertheless, these well renowned and city’s most favourite places are mostly never skipped on a visit to New York city.

A city where every new turn might take you to some state of the art monument, museum, gallery or simply a place which might be the first of its kind in the world, New York is so synonymous with America that it becomes only obvious to visit it on a trip to the United States. And with all that the city has to offer, it is so worth it!

Read along to explore some of the must see places in New York and maybe, try to find your favourite of all, if choosing one among many is possible at all!

ESTA US Visa is an electronic travel authorization or travel permit to visit United States for a period of time upto 90 days and visit New York. International visitors must have a US ESTA to be able to visit New York's many attractions like Times Square, Empire State Building, Central Park, Statue of Liberty National Monument and many more. Foreign citizens can apply for an US Visa Application in a matter of minutes. ESTA US Visa process is automated, simple, and completely online. 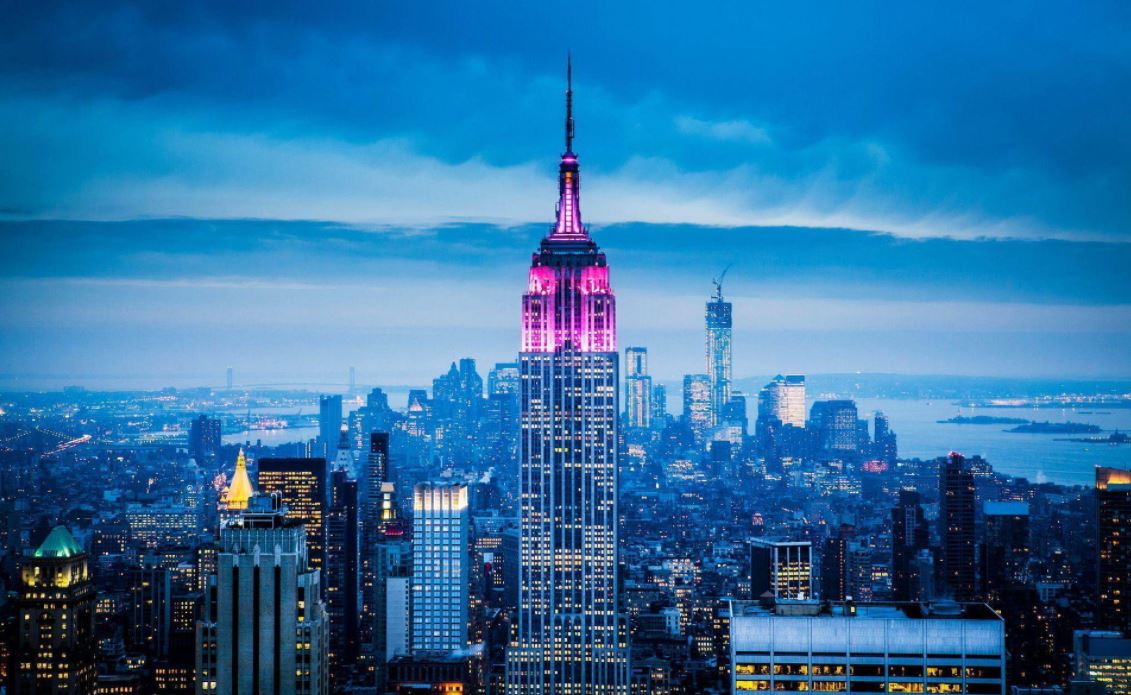 Once the tallest building of the 20th century, the Empire State Building is New York's most well recognised structure. The 102 stories skyscraper is one of the best examples of modernist art-deco architecture style found in many modern buildings around the world. This world’s most famous skyscraper, with exhibits and observatories on several of its floors, is one must see attraction of New York. 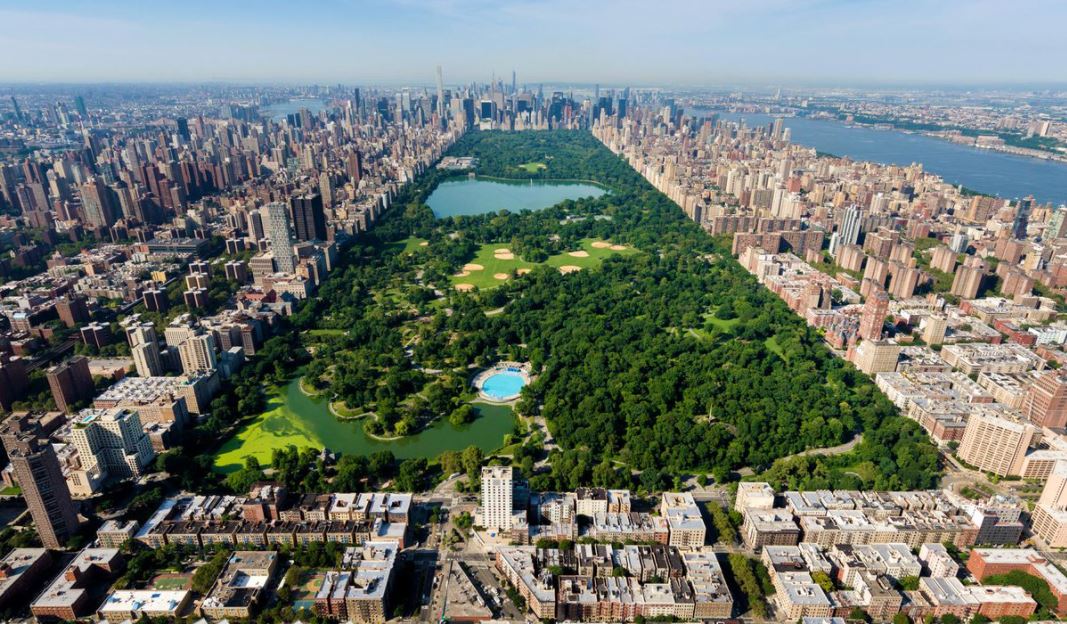 Located in New York's favourite part, between the Upper East and West Side of Manhattan, the Central Park is also among some of the city’s largest park’s. Now what could be so good about an urban park located amidst one of the world's busiest cities?

The park is regarded as a benchmark for urban parks around the world, presenting an example of an extraordinary landscape architecture. In this 840 acres of greenery and garden, with presence of every scenic element of nature, right from landscapes, reservoirs to wide walking trails amidst huge trees, this is New York’s very own backyard. 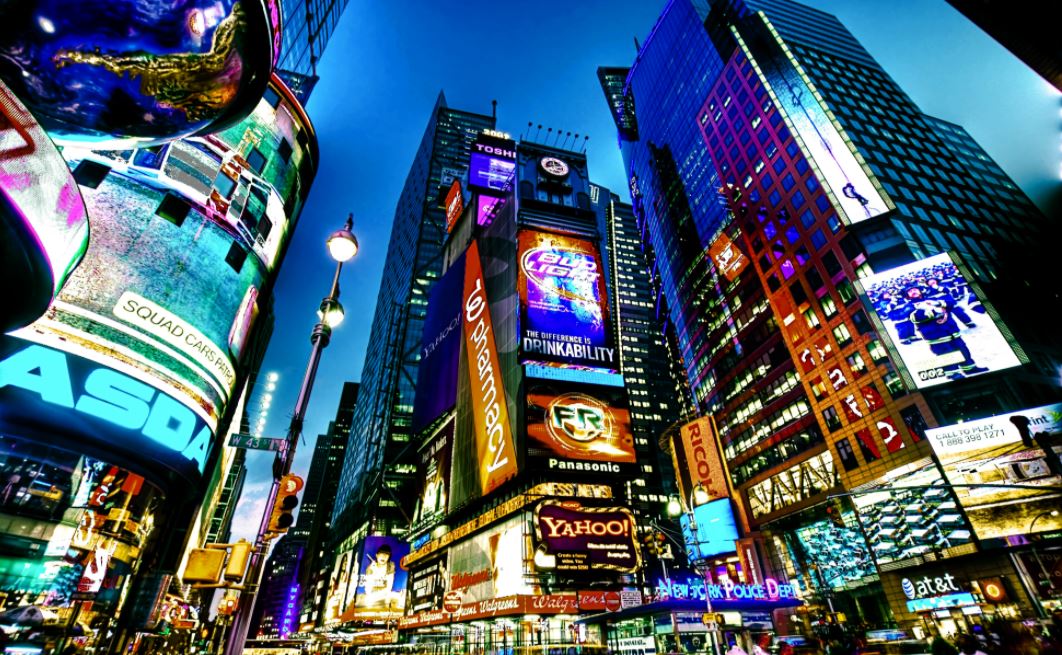 A major entertainment center and tourist destination in Midtown Manhattan, Times Square is the world's busiest centers, a locus of the world entertainment industry. The center of America's commercial and entertainment world, this place houses some of the must see attractions in the city , one of them being the Madame Tussauds New York, apparently the world's largest wax museum.

Known for its Broadway shows in the Theatre district, bright lights and tons of shopping stores, this is probably the part of New York which never sleeps! Times Square is clearly the world’s most visited attraction for all the good reasons.

This urban oasis in New York features great landscapes and views of the East River of New York. The waterfront park is located right under the Brooklyn Bridge itself. The park operates free of cost and is open 365 days of the year.

This place offers the best way to experience just a usual day in New York, from exploring sports grounds, family friendly picnics spots to observing the good green surroundings and nature. And all of this right in the middle of one of the biggest cities of America! 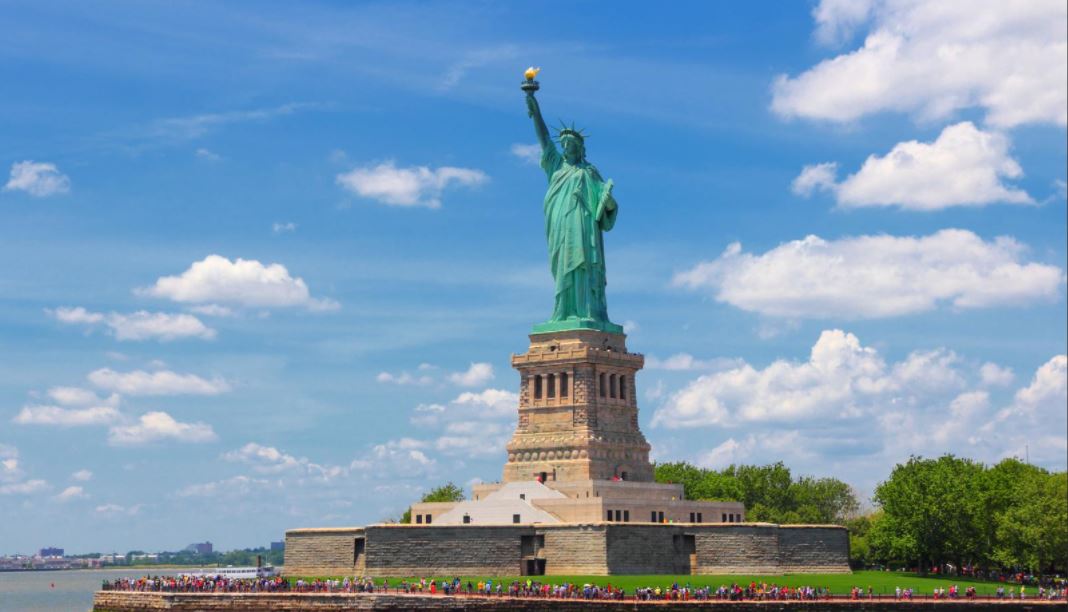 A landmark monument of New York, Statue of Liberty is one attraction of New York which does not need any elaboration. Located on the city’s Liberty Island, this iconic monument is America's foremost recognised monument globally.

As a matter of fact, the statue was gifted to the United States by France, as a mark of friendship. And just for an enlightening fact, the monument is known to represent the Roman Goddess Libertas, personifying freedom. A symbol of American identity and hope for millions of immigrants stepping in the country for the first time, no one needs to remind you to visit this iconic sculpture on a trip to New York.

Located in the city’s Chelsea neighbourhood of Manhattan, Chelsea Market is a food and retail plaza with a global perspective. Considering the fact that this place was the place of invention of Oreo cookies loved world over, with a wide range of groceries, eateries and shops housed in its indoor marketplace today, this place is a must to include in any New York City itinerary.

This 25 acre park located on the southern tip of Manhattan, comes with great views of New York Harbour from one side, and the quite natural surroundings on the other side. Unlike the other busy tourist spaces, Battery Park is one of the quietest places in New York, with plenty of green spaces and beautiful harbour views making it a good place to stop by and take in the good panoramic view of the New York city. 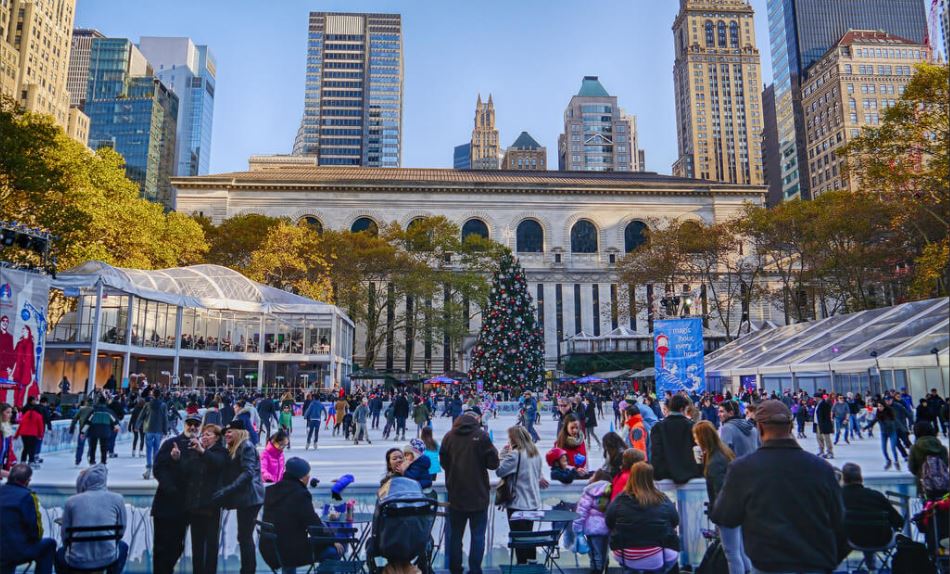 A year-round destination of New York, Bryant Park is most loved for its seasonal gardens, leisure area for tourists and office workers alike, winter skating, summer evening free movies and so much more, making it Manhattan's most favorite area for leisure activities.

With popular food kiosks, cafes and the NY Public Library at a close distance, this could be a good place to relax when tired from exploring many monuments and museums in Manhattan's neighbourhood.

READ MORE:
San Francisco is known as the the cultural, commercial and financial center of California. The beauty of this city is definitely spread around various corners. Learn about Must See Places in San Francisco