Best known as a family friendly city of America, the city of San Diego situated on the Pacific Coast of California is known for its pristine beaches, favourable climate and numerous family friendly attractions, with everything from unique museums, galleries and immense parks and gardens situated at every corner of the city.

With year-round pleasant weather and lots of fun places to be around, this could easily be the first choice for a family vacation in the United States.

ESTA US Visa is an electronic travel authorization or travel permit to visit United States for a period of time upto 90 days and visit San Diego, California. International visitors must have a US ESTA to be able to visit San Diego's many attractions. Foreign citizens can apply for an US Visa Application in a matter of minutes. ESTA US Visa process is automated, simple, and completely online. 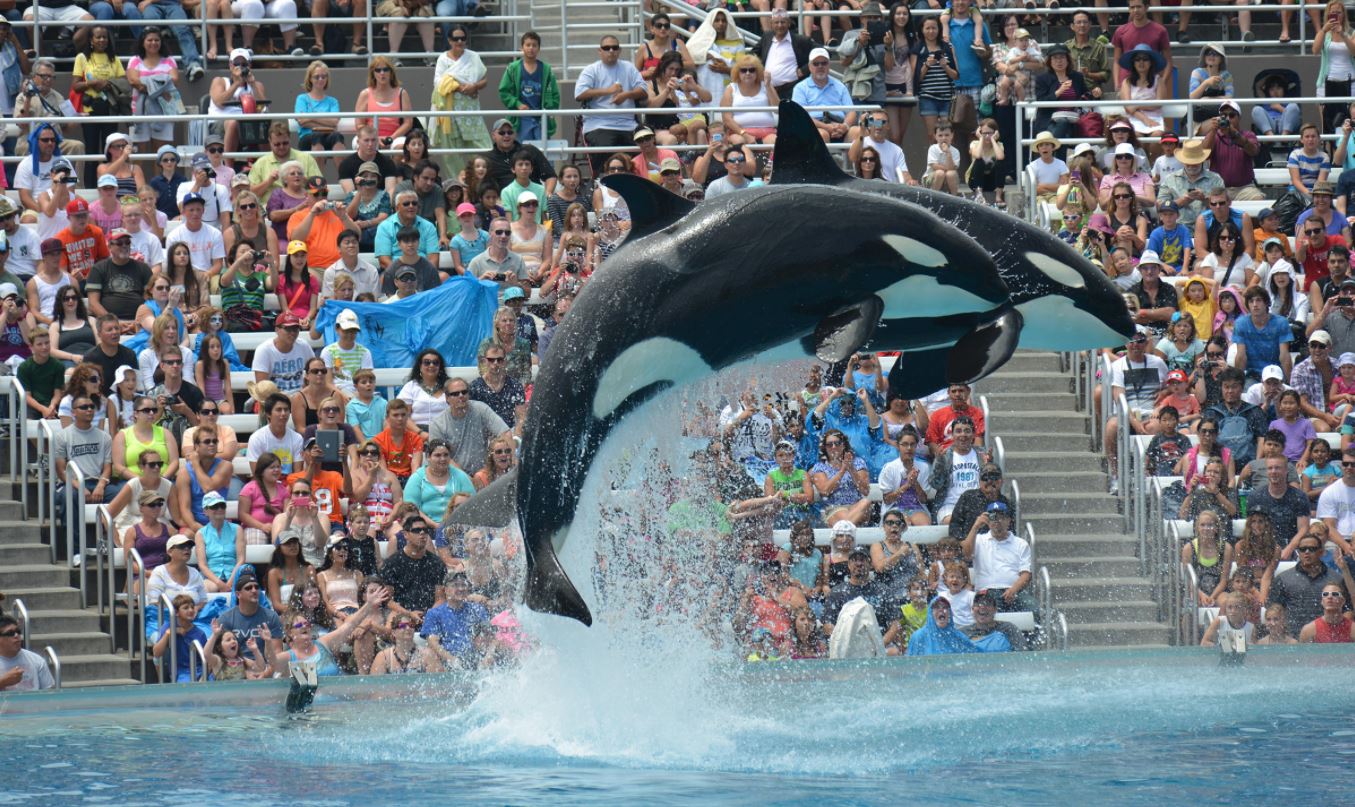 Up-close marine life encounters with world class animal shows, Seaworld San Diego is fun unlimited for people of all ages. A theme park with rides, an oceanarium, an outside aquarium and a marine mammal park, this is an all in one place where you can explore the wonderful world of ocean. Located inside the beautiful Mission Bay Park, the place's one of the most exquisite attractions is an opportunity to get to interact with penguins, dolphins and loads of other wonderful sea animals.

The San Diego Zoo is a zoo in Balboa Park housing over 12,000 animals

Located inside the Balboa Park, San Diego Zoo has often been named as the best of its kind in the world. Housing more than 12000 animals in its cageless, open air surroundings, there are several good reasons to visit this place for its rare wildlife species. The zoo is known to be specifically famous for its largest breeding colonies of Koalas outside Australia, including other endangered species like Penguins, Gorillas and the Polar Bears.

Located in the San Pasqual Valley area of San Diego, the safari park is spread in around 1,800 acres, focussing on wildlife from Africa and Asia. Within the park's large field enclosures with freely roaming wildlife the sanctuary offers safari tours giving a glimpse of its hundreds of species of African and Asian animals. The park is located near Escondido, California, is itself a beautiful place outside the very populated city and is also known to be one of the oldest cities in San Diego County.

READ MORE:
A city shining with vibrance at every hour of the day, there is no The List which could tell you what places to visit in New York among its many unique attractions. Must See Places in New York, USA 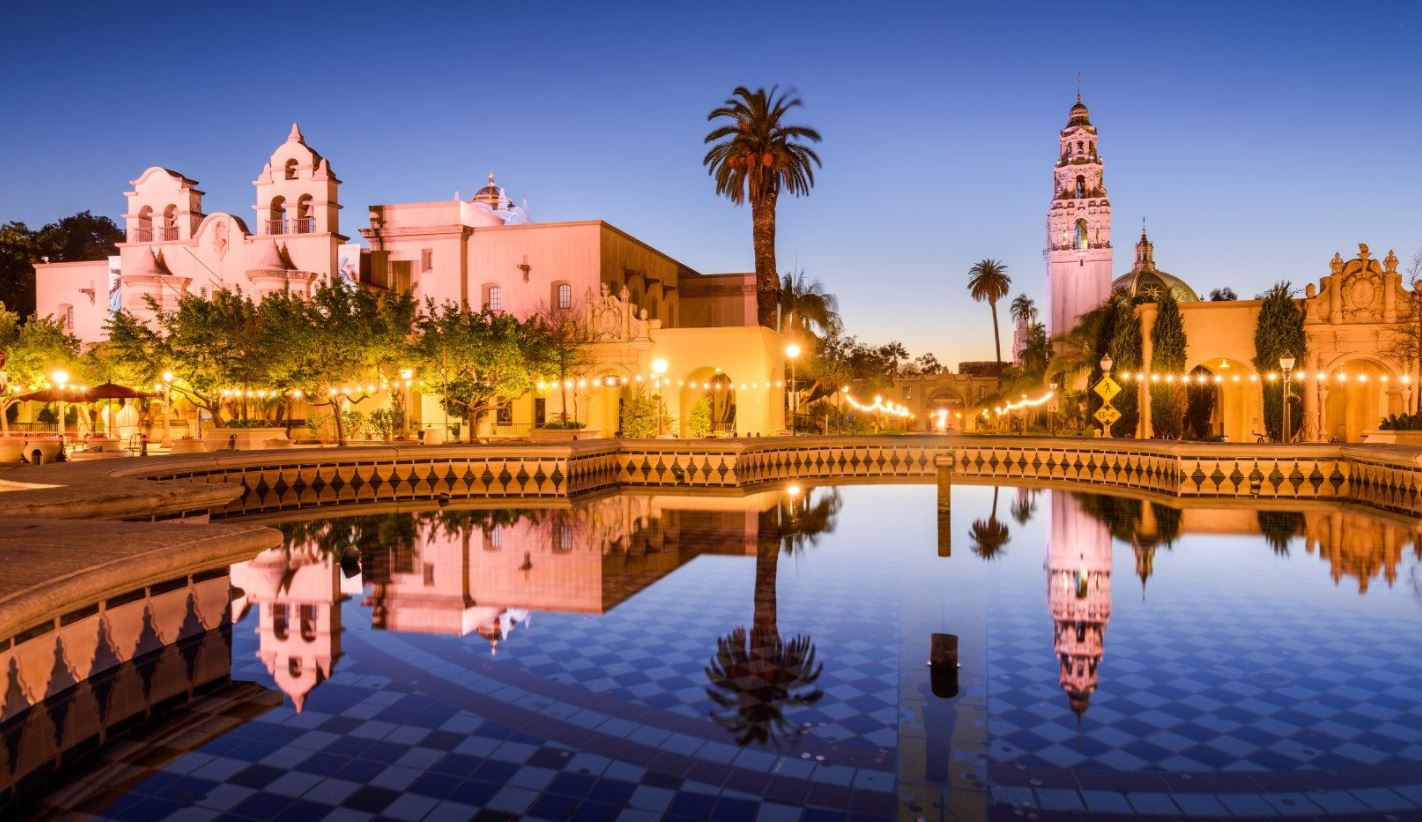 Apart from housing the famous San Diego Zoo, the park is one place where nature, culture, science and history all come together, making it an incredible and a must see park in the city. The park's green belts, vegetation zones, gardens and museums galore, stunning architecture from Spanish colonial revival and everything from exhibits on space travel, automobiles and science, all of this clearly makes it an understatement to call this place a park! If there is one place to be not missed on a visit to San Diego, Balboa Park is the most popular attraction of the city.

Situated adjacent to San Diego Bay in Downtown, Seaport Village is a unique harbourside shopping and dining experience. With souvenir shops, restaurants and art galleries located by the waterfront, this vibrant place is also specifically known for a carousel made with hand carved animals which was built in 1895.

This is one great place to hang out around restaurant streets with awesome views of the adjacent bay. 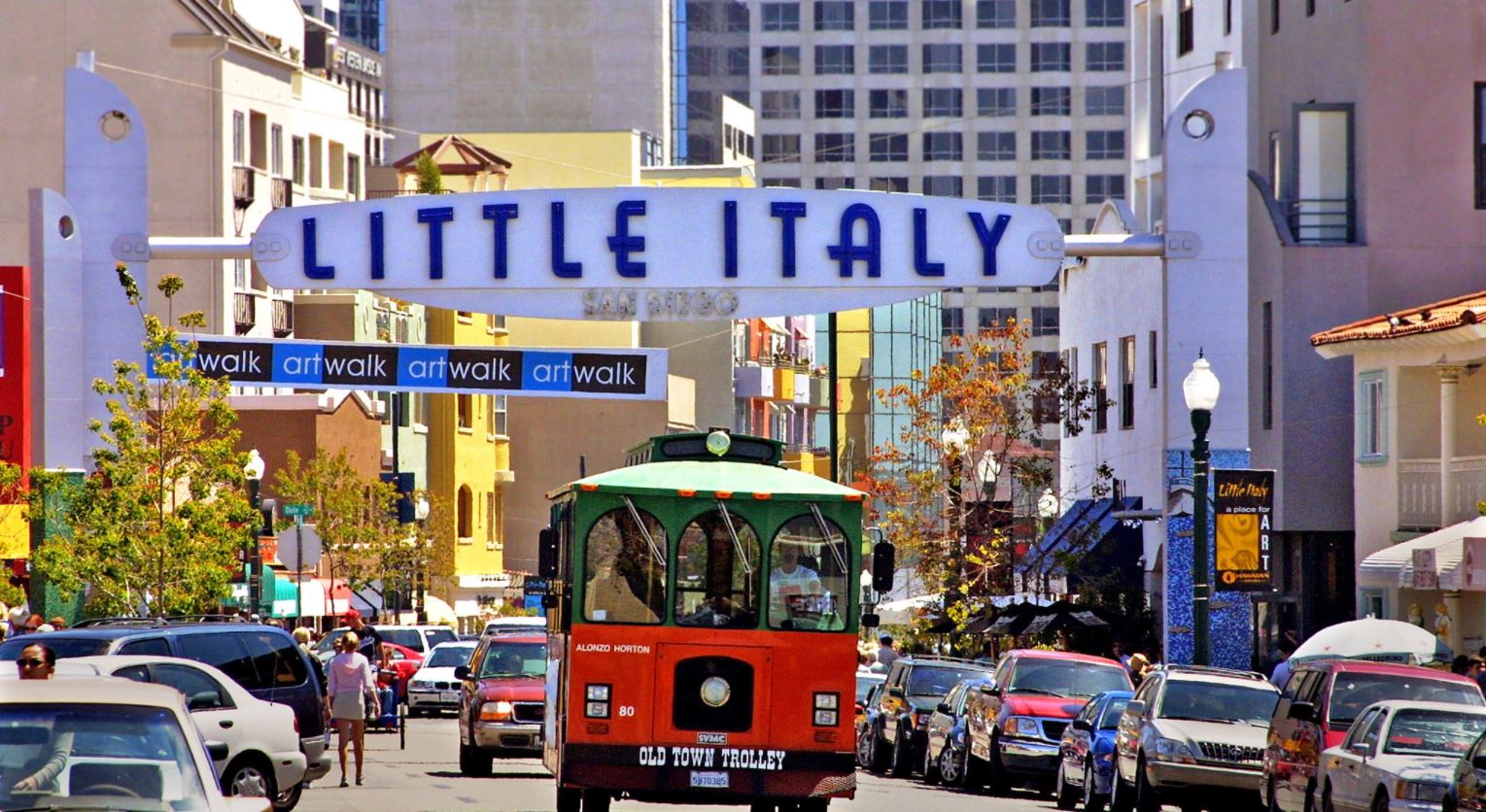 Known to be one of the oldest and most iconic city neighbourhoods, today Little Italy is San Diego's most pedestrian-friendly area, with everything from upscale boutiques, shops, music venues, European style piazzas and restaurants set up by some of the top chefs in the world.

This place is definitely a culinary hotspot of San Diego, with an added charm of sophisticated galleries and chic surroundings. Filled with dramatic fountains, ponds, Italian markets and hosting occasional festivals, visit this place in San Diego for a top culinary experience.

READ MORE:
Known to be the second largest island of Hawaii, the island of Maui is also called The Valley Isle. The island is loved for its pristine beaches, national parks and one of the best places to get a glimpse of Hawaiian culture. Learn about Must See Places in Maui, Hawaii 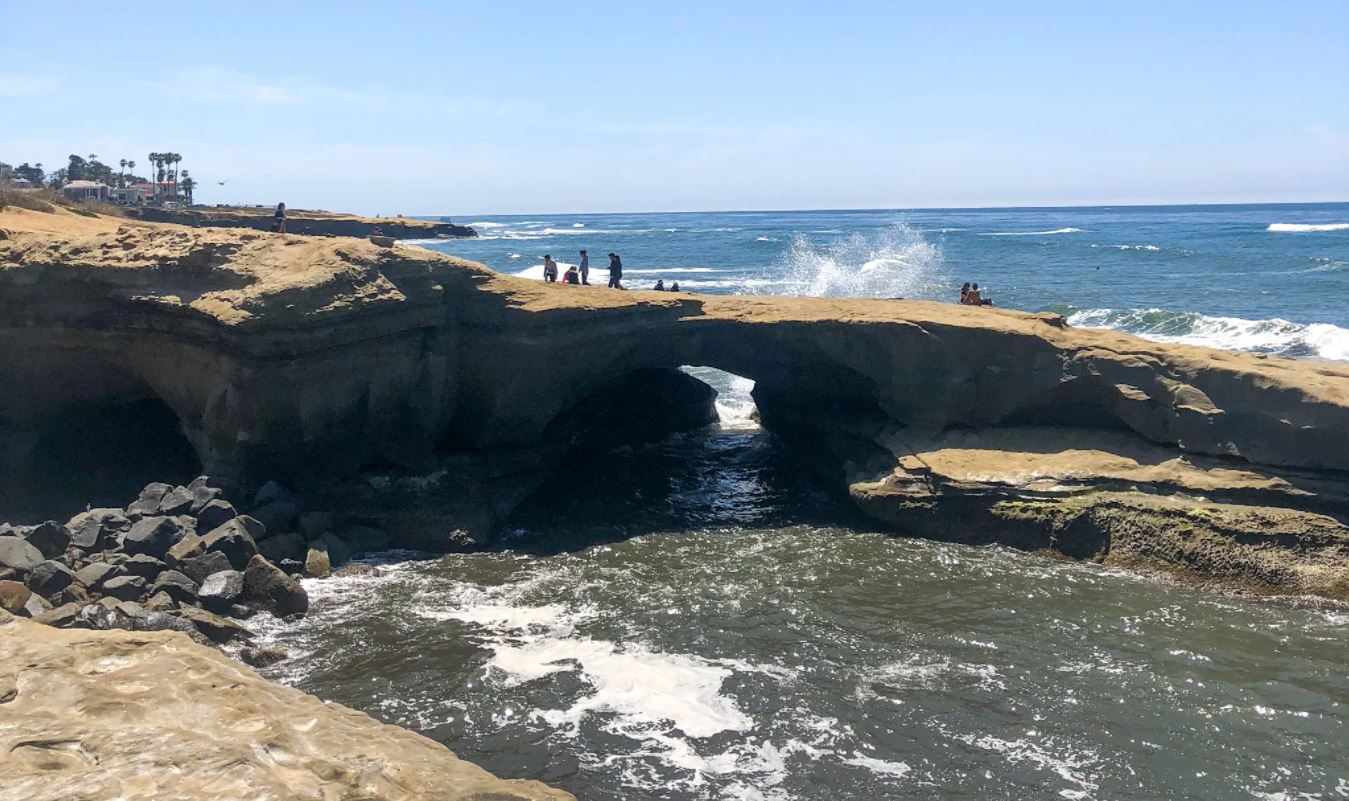 A natural expanse stretching around the Pacific Ocean, this could be one of the places to escape the crowded side of the city. The cliffs are more popular for watching the ocean and the sunset, but the raw nature of the slopes is often considered dangerous for walking. With the cliffs located just adjacent to the ocean and a commercial street nearby, the park is specifically considered good to spend time in its spectacular sunset views. 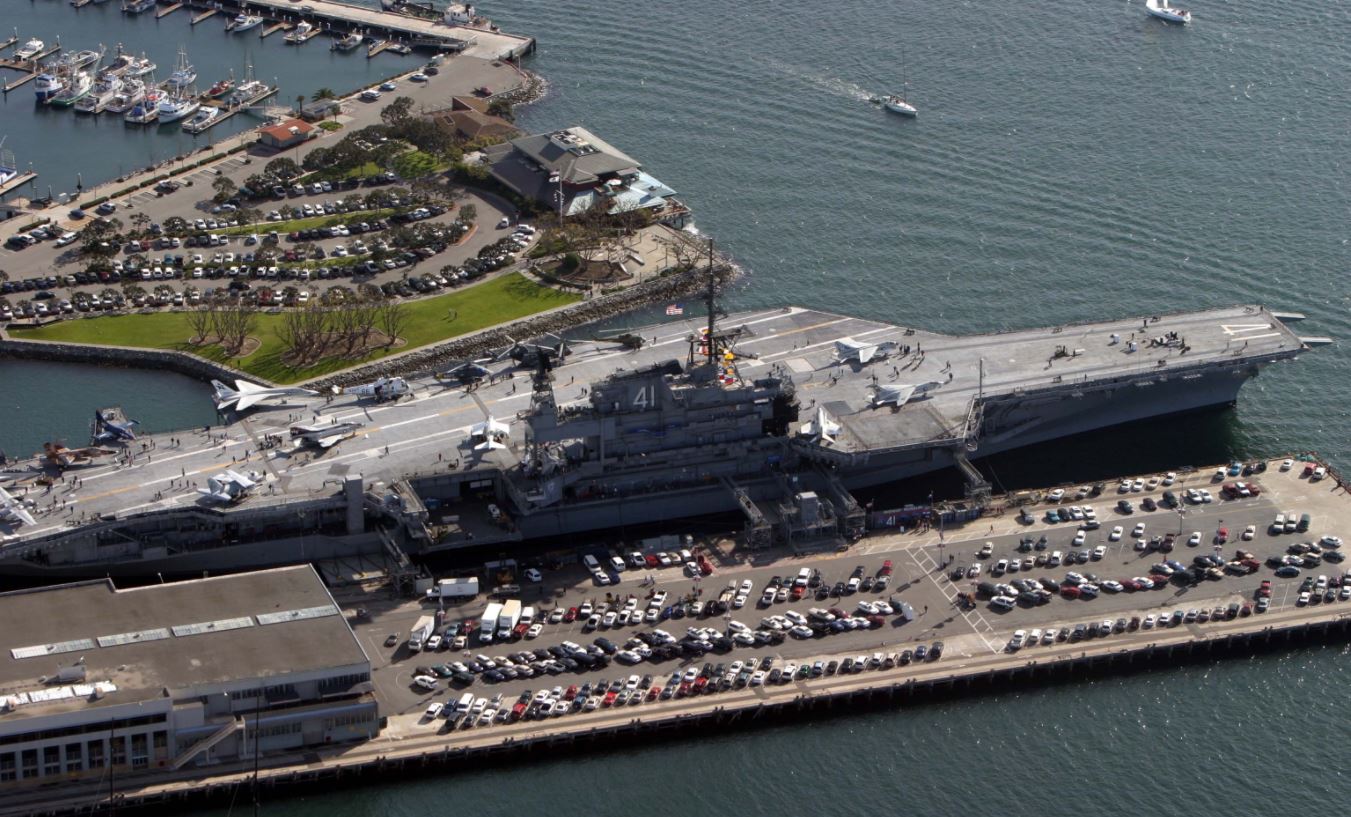 Located in Downtown San Diego, at Navy Pier, the museum is a historic naval aircraft carrier with an extensive collection of aircrafts, many of which were built in California. This floating museum of the city not only houses extensive military aircrafts as exhibits but also hosts various life-at-sea exhibits and family friendly shows.

USS Midway was also America's longest serving aircraft carrier of the 20th century and today the museum gives a good glimpse of the nation's naval history.

Established in 1948, the museum has the largest collection of vintage sea vessels in all of the United States. The museum hosts several restored vintage ships, with the place's centerpiece being named as the Star of India, an 1863 iron sailing ship. Among many other historic attractions, one is an accurate replica of the flagship of the first European explorer to set foot in California, Juan Rodríguez Cabrillo's San Salvador, which was built in 2011. 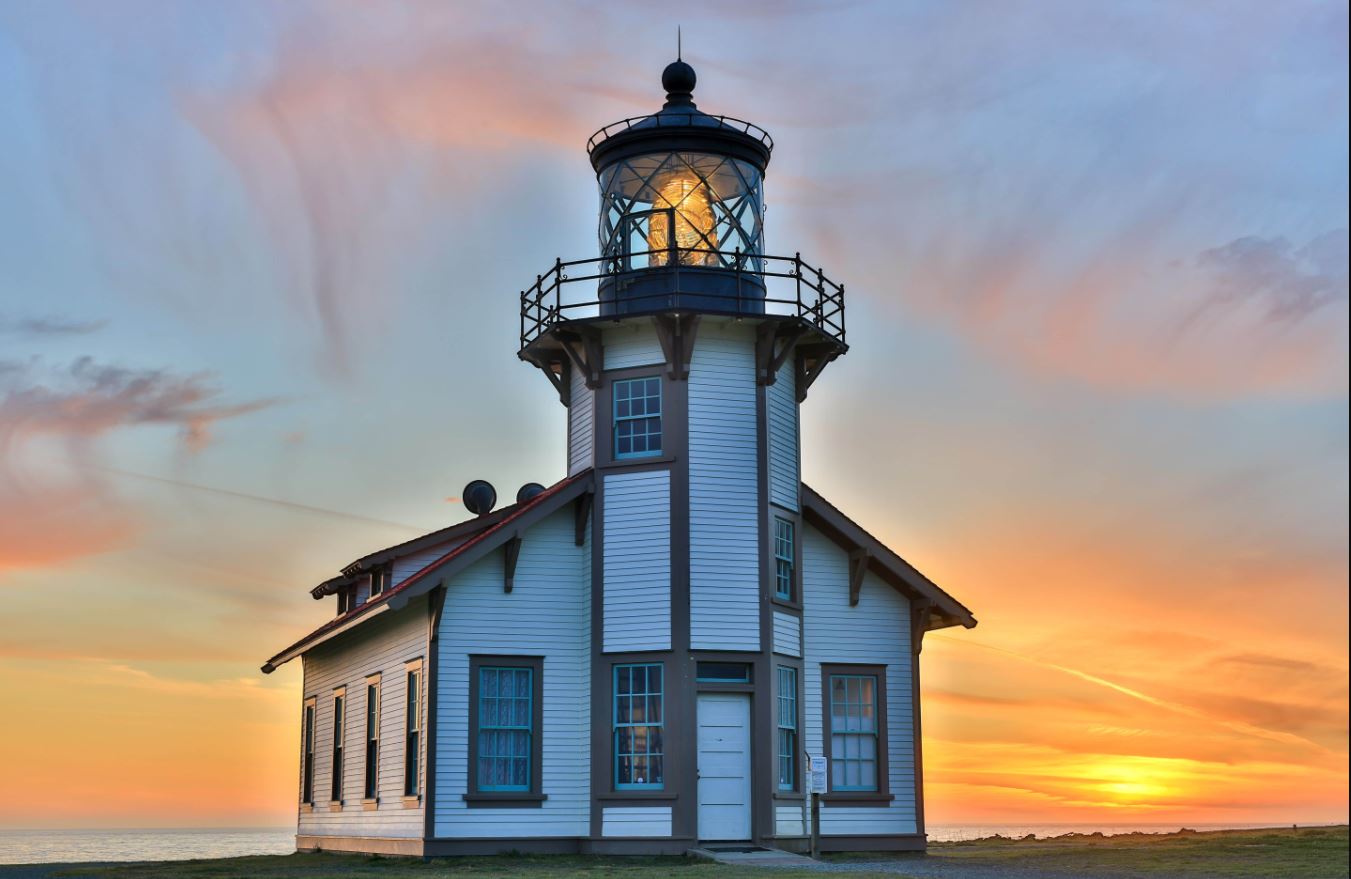 Located on the southern tip of Point Loma peninsula in San Diego, the monument was built to commemorate the landing of the first European expedition in the West Coast of the United States . The expedition was carried by the European explorer Juan Rodriguez Cabrillo. Stating a fact of great interest, it is the same time when California was sighted for the first time in 1542 by the European explorer Cabrillo on his voyage from Mexico. This historic city monument houses a lighthouse and the good views stretching all the way to Mexico.

READ MORE:
Known as the the cultural, commercial and financial center of California, San Francisco is home to America’s many picture-worthy locations. Learn about Must See Places in San Francisco