Known as the the cultural, commercial and financial center of California, San Francisco is home to America’s many picture-worthy locations, with several places being synonymous as the image of the United States for the rest of the world.

A city with a touch of all good things, San Francisco also has one of the country’s most walkable streets, given its numerous culturally rich streetscapes and diverse neighbourhoods scattered with shops of all kinds.

The beauty of this city is definitely spread around various corners, making it an all the more exciting experience to take out the time in exploring its many diverse locations.

ESTA US Visa is an electronic travel authorization or travel permit to visit United States for a period of time upto 90 days and visit San Francisco. International visitors must have a US ESTA to be able to visit Los Angeles many attractions in San Francisco like Golden Gate Bridge, Pier 39, Union Square and many more. Foreign citizens can apply for an US Visa Application in a matter of minutes. ESTA US Visa process is automated, simple, and completely online. 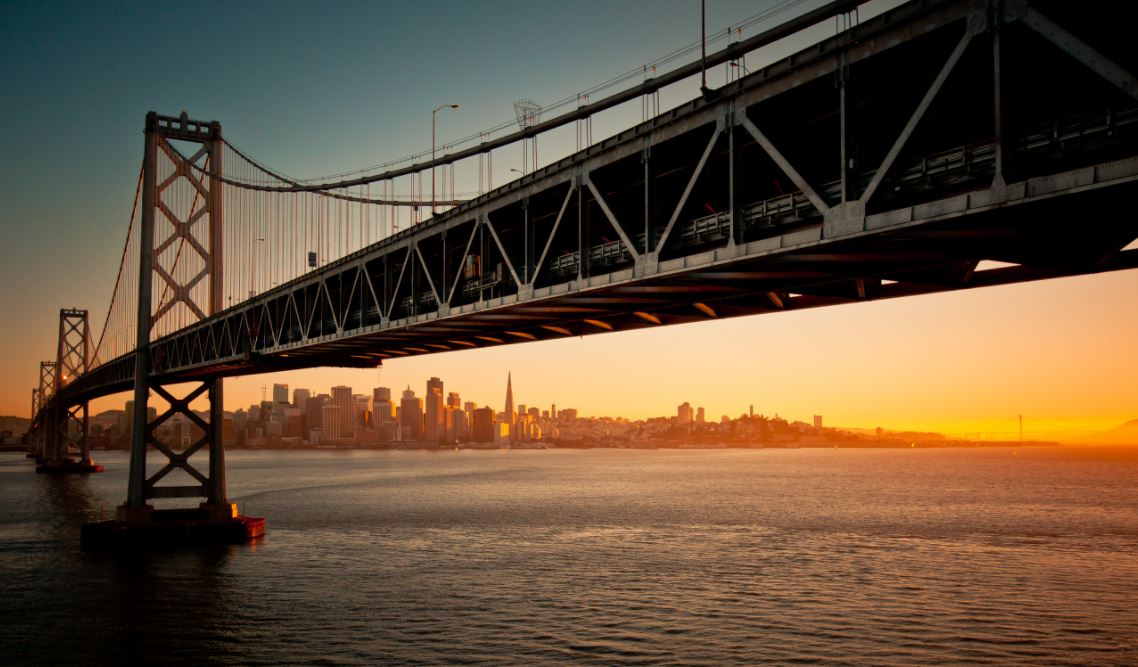 Considered as the icon of San Francisco, the Golden Gate Bridge was the longest suspension bridge of its time in the 1930s. Still seen as an engineering marvel today, the 1.7 mile bridge connects San Francisco to Marin County, California. Reflecting the vibrant energy of the Californian city, a walk through the bridge is a must have experience in San Francisco. 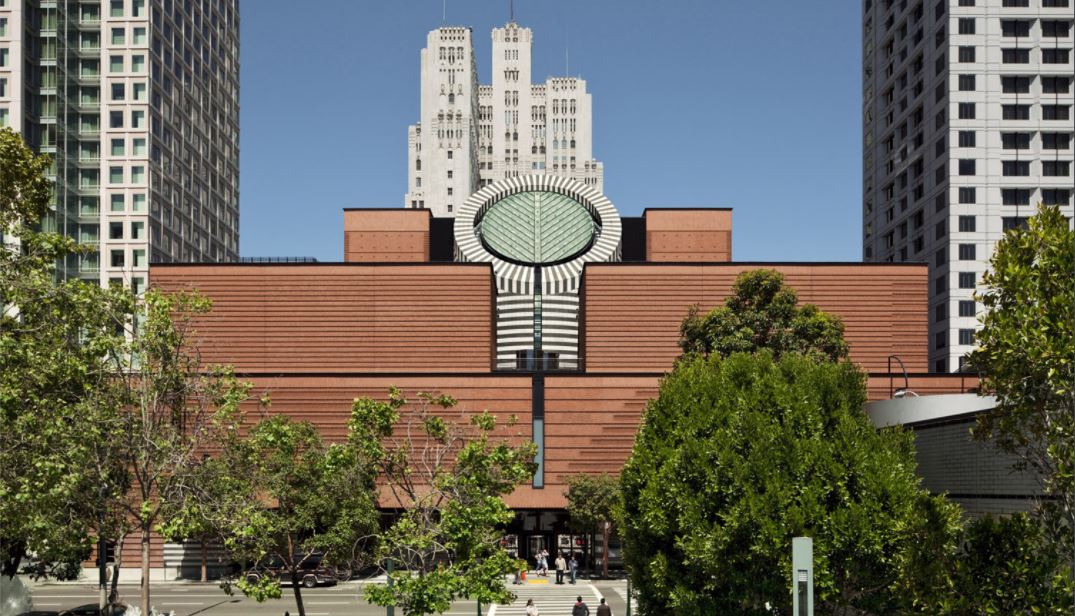 The museum is situated in the city's heart, the SOMA district, a place filled with many more varieties of art galleries, museums and upscale dining options, making this acclaimed museum only one of the many great attractions in the neighbourhood.

READ MORE:
One of the largest cities in the United States famed for its architecture, learn about Must See Places in Chicago

One of the most visited parks in the United States, the Golden Gate Park is itself home to several popular attractions of the city. This 150 years old location is even bigger than the well acclaimed Central Park of New York, making it a great place for even spending a good whole day, going through its diverse attractions.

Pretty gardens, featuring a highly artistic Japanese Tea Garden which is also one of the oldest of its kind in the country, green spaces, picnic spots and museums, this place is definitely not just an ordinary green space within the city.

The Palace of Fine Arts 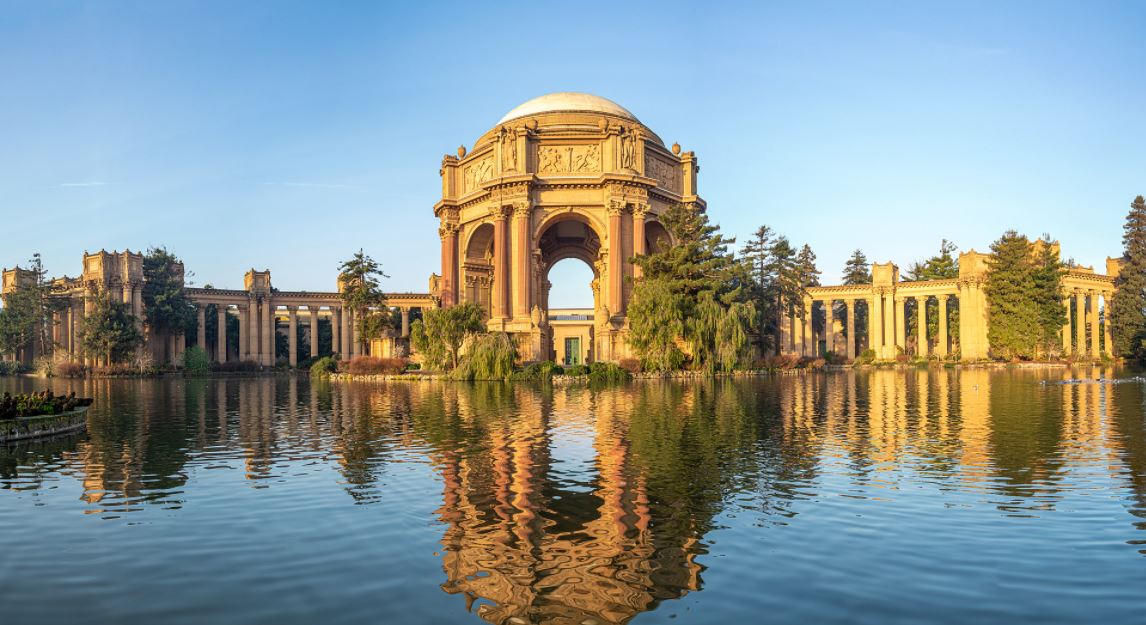 Located in the Marina district of San Francisco, the monumental structure is one great place to quietly observe the city's beauty. Originally built for a 1915 exhibition, the place is one free of cost attraction of the city, now frequently also used for private events and shows. The palace's Beaux-Arts architecture, along with its well kept gardens and great landscaped just next to the Golden Gate Bridge, is one place that would surely appear straight out of a fairy tale. 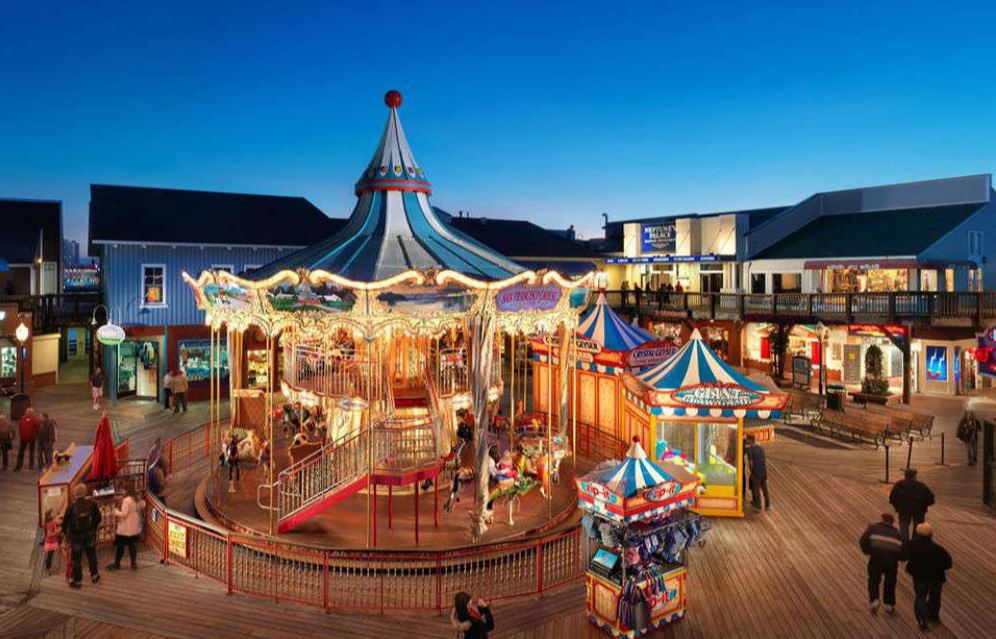 A popular tourist attraction in the city, Pier 39 is a place of everything, for everyone. With waterfront restaurants, popular shopping attractions, video arcades, the adorable California sea lions and bayside views, this could easily top the list of must see places in San Francisco.

One of the most exciting places in the pier include California's Aquarium of the Bay, housing thousands of species of marine life. Located on the city's historic waterfront, Pier 39 is that one place where you would get picture perfect views of the Golden Gate Bridge and the city landscapes. 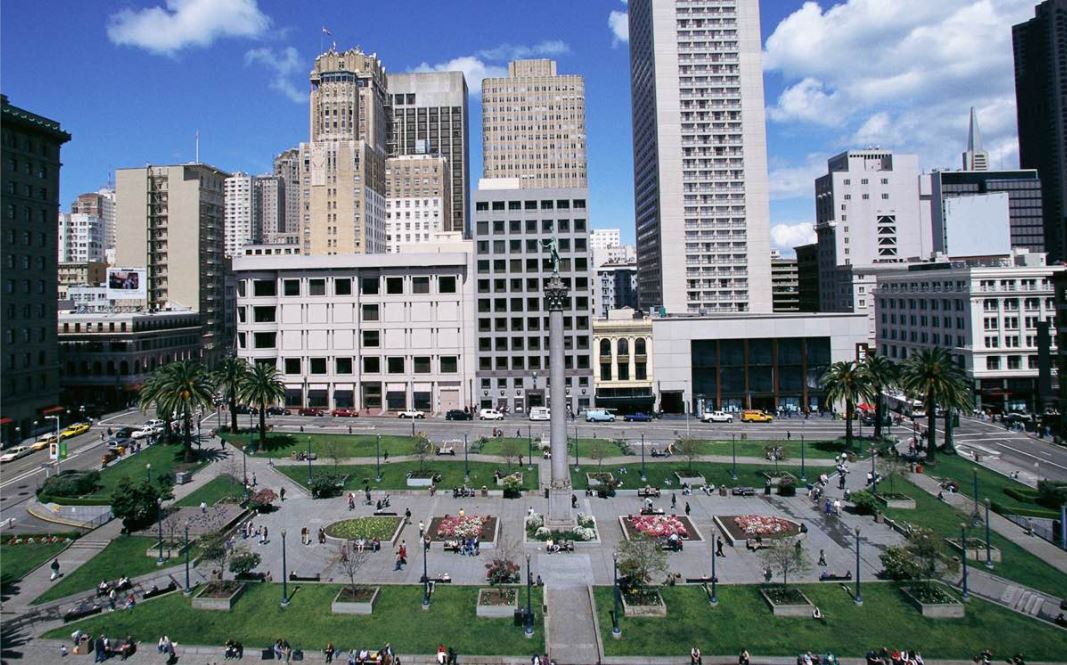 A public plaza in downtown San Francisco, the place is surrounded by upscale shops, galleries and eateries, often referred to as the central shopping district and city’s most popular tourist attraction. With some of the best hotels and the easy transport facilities in the area, Union Square is considered as a central part of San Francisco and one of the best places to start the city tour.

A scientific funhouse and an experimental laboratory, San Francisco’s museum of science, technology and arts is one place where our childhood curiosity could reemerge. A place packed with visitors of all ages, this is not just a museum, but very much a gateway to explore wonders of science and art.

The museum has numerous exhibits and activities elaborating the principles of science, reminding us that whatever be the age science does not fail to amaze.

Your one easy chance to see the tallest trees of the world is this amazing park in San Francisco. A part of Golden Gate National Recreation Area, Muir Woods is especially known for its towering redwood trees, a more than 2000 year old plant species spread all along California's coast.

With numerous hiking trails along the Redwood Creek along with complementary views of the Pacific and beyond, anyone can easily spend hours in these surroundings amidst the gigantic redwood forests.

One of the oldest in North America and the largest Chinese enclave outside Asia, this place is bustling with traditional Chineses eateries, souvenir shops, bakeries and more.

One of the most popular city attractions, Chinatown is loved by tourists all over for its authentic Chinese food and packed up old streets and alleys. A stroll through the market would take one to some of the best dim sum restaurants, tea shops and everything that feels right from the original streets of China. 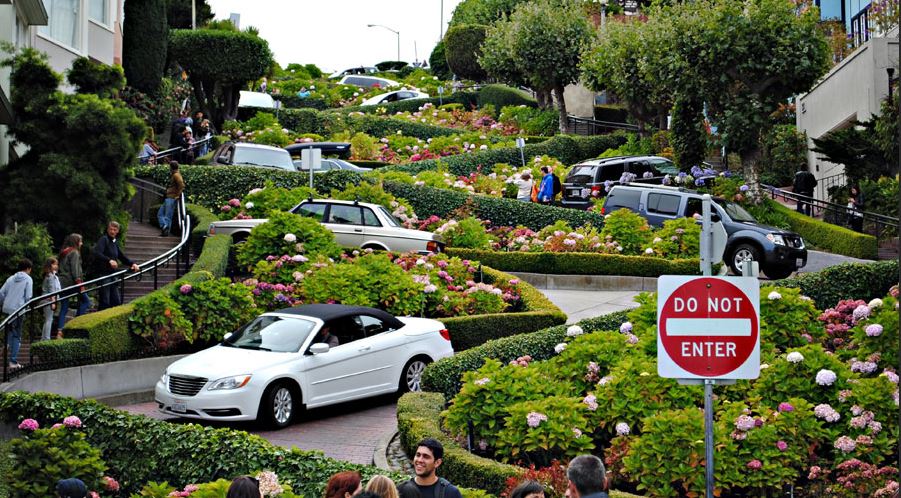 Lombard Street is famous for a steep, one-block section with eight hairpin turns

One of the most twisted streets in the world, with eight sharp hairpin turns, this is one pretty crooked place in a good way. Decorated with flower beds and beautiful houses on both sides, it can be one of the place’s to relax while simply taking a walk through its hairpin bends. This street is also one of cities most popular landmarks, where oftentimes vehicles might have to wait several minutes to be able to pass through the turns, hence making it all the more good to explore the area by foot.

A remote residential neighbourhood located on twin summits, this attraction is the city's one quiet tourist place with hiking trails and spectacular 360 degree views of San Francisco. Rising almost 1000 feet above the city, the place is loaded with visitors tekking all the way to the top of the peaks for stunning city vistas.

A small island in San Francisco Bay, located offshore from the city, Alcatraz Island was formerly used as a location for a lighthouse but in later years was transformed as a prison island under the US military. The island now hosts organised tours within its museum, revealing stories from the country's most notorious prison of the time, which once housed criminals from as far back as the Civil War.

Trivia: Escape from Alcatraz is a 1979 American prison action film directed by Don Siegel. The film stars Clint Eastwood and dramatizes the 1962 prisoner escape from the maximum security prison on Alcatraz Island