Must See Places in Seattle, USA

Considered as one of the favourite cities in America, Seattle is famous for its diverse cultural mix, tech industry, original Starbucks, city’s coffee culture and much more.

The largest city of Washington state, this place offers a great blend of urban life amidst nature retreats, forests and parklands. With great diversity within one of America's most attractive settlements, besides the neighbouring mountains, forests and miles long parkland, Seattle is definitely more than just a regular metropolitan city of the U.S. Read along to know more about some of the best places to see when on a visit to Seattle.

ESTA US Visa is an electronic travel authorization or travel permit to visit United States for a period of time upto 90 days and visit fabulous city of Seattle. International visitors must have a US ESTA to be able to visit Seattle's many attractions. Foreign citizens can apply for an US Visa Application in a matter of minutes. ESTA US Visa process is automated, simple, and completely online. 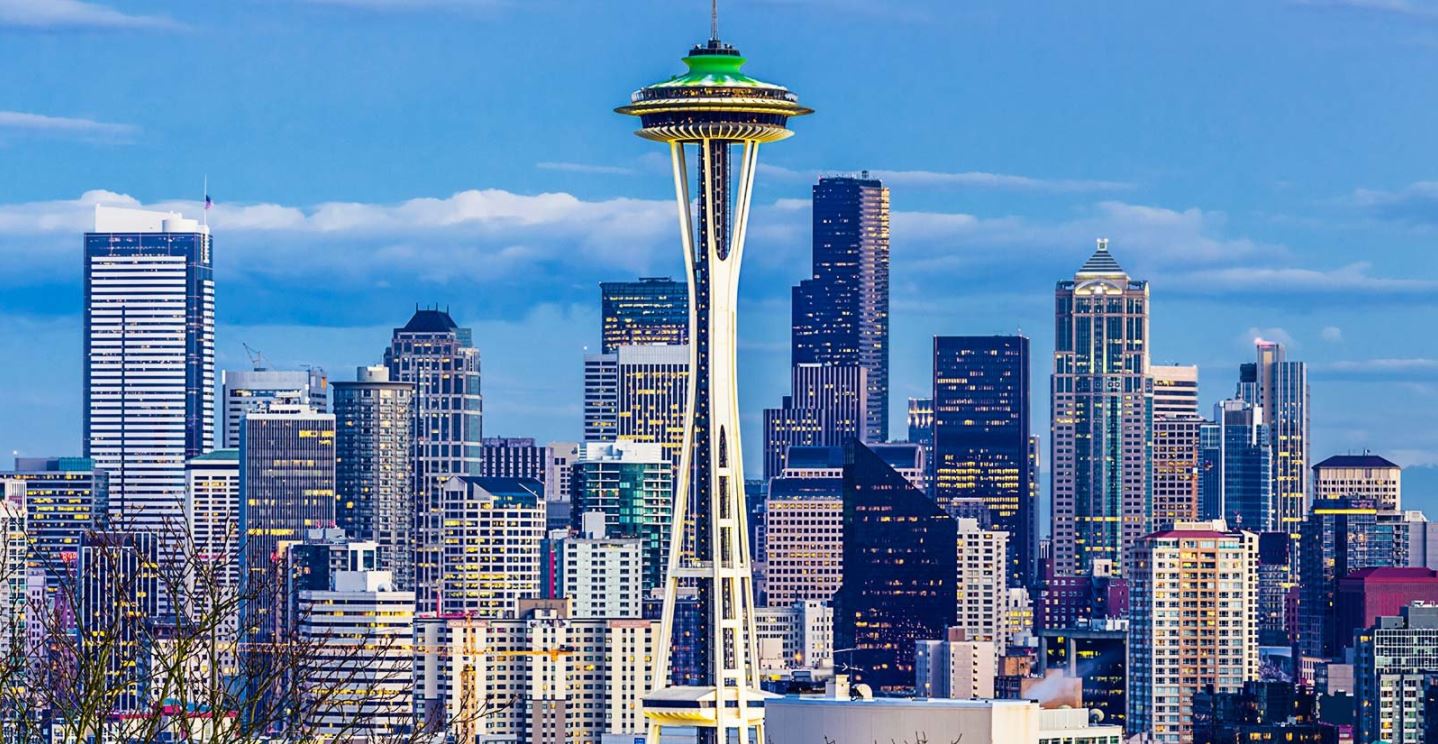 Space Needle has been designated a Seattle landmark

Built as an exhibit for the World's Fair in 1962, this tower is the city’s icon. The top of the tower has an observation deck and ‘The Loupe’ featuring a revolving glass floor.

Nicknamed as the 400 Day Wonder, with the tower being actually built in record-breaking 400 days, this building in Seattle is also the world's first with a rotating glass floor, The Loupe, offering views of Seattle and far beyond. The top of the tower is one of the best places to soak up the panoramic views at sunset in the city’s landmark location. 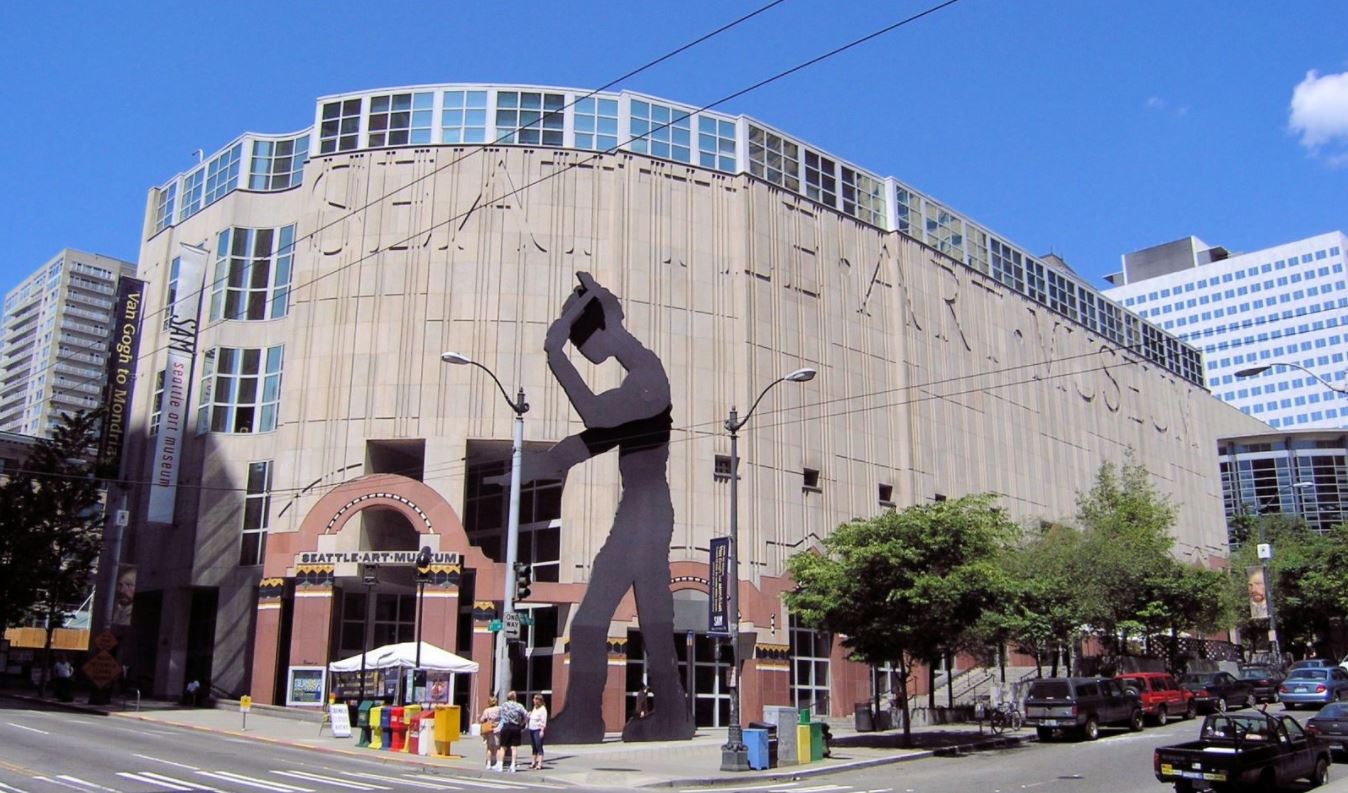 A locus of world class visual arts in the Pacific Northwest, with the museum's most important collections to date include works by famed artists such as Mark Tobey and Van Gogh.

The museum is spread in three locations, the main museum in downtown Seattle, Seattle Asian art museum and the Olympic Sculpture Park, hosts special exhibitions from around the world offering a blend of culture from different centuries.

The museum is located near The Gum Wall, another local landmark, which just as it sounds, is a wall covered in used chewing gum, which by no surprise is one of the city's unique and curious attractions.

Museum of Pop and Culture (MoPOP) 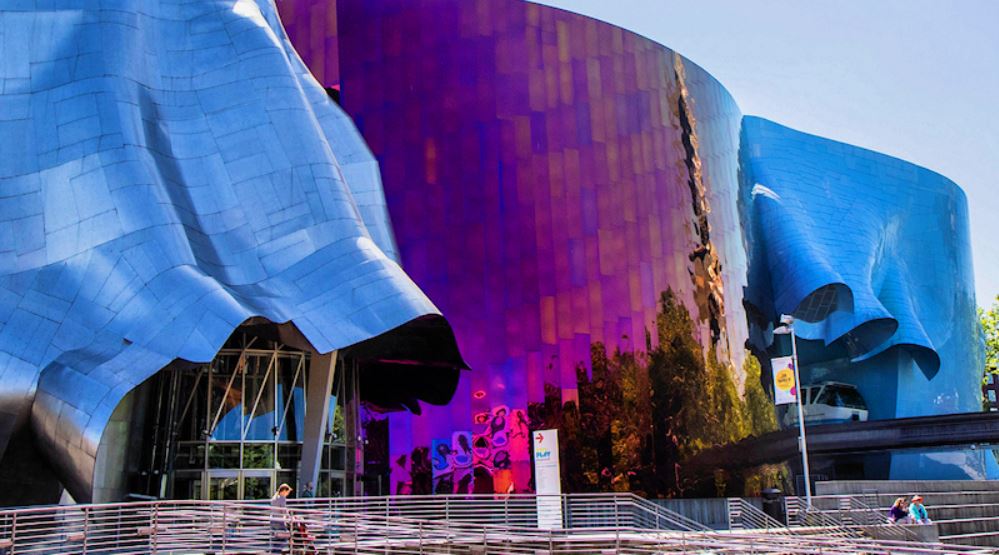 Museum of Pop and Culture or MoPop, a destination unlike any other

Dedicated to contemporary pop culture, this museum is one creative expression of ideas in pop culture and rock music. The museum showcases some of the most significant moments in pop music and popular culture with its iconic artifacts and exquisite exhibitions in the field of music, literature, art and television.

This place with its colourful architecture like no other, is located just next to the city's iconic Space Needle. The museum, being inspired by legendary artists in the music industry, includes items from icons ranging from Jimmy Hendrix to Bob Dylan. With its one of a kind exterior, this place was specifically designed to invoke a rock ‘n’ roll experience. 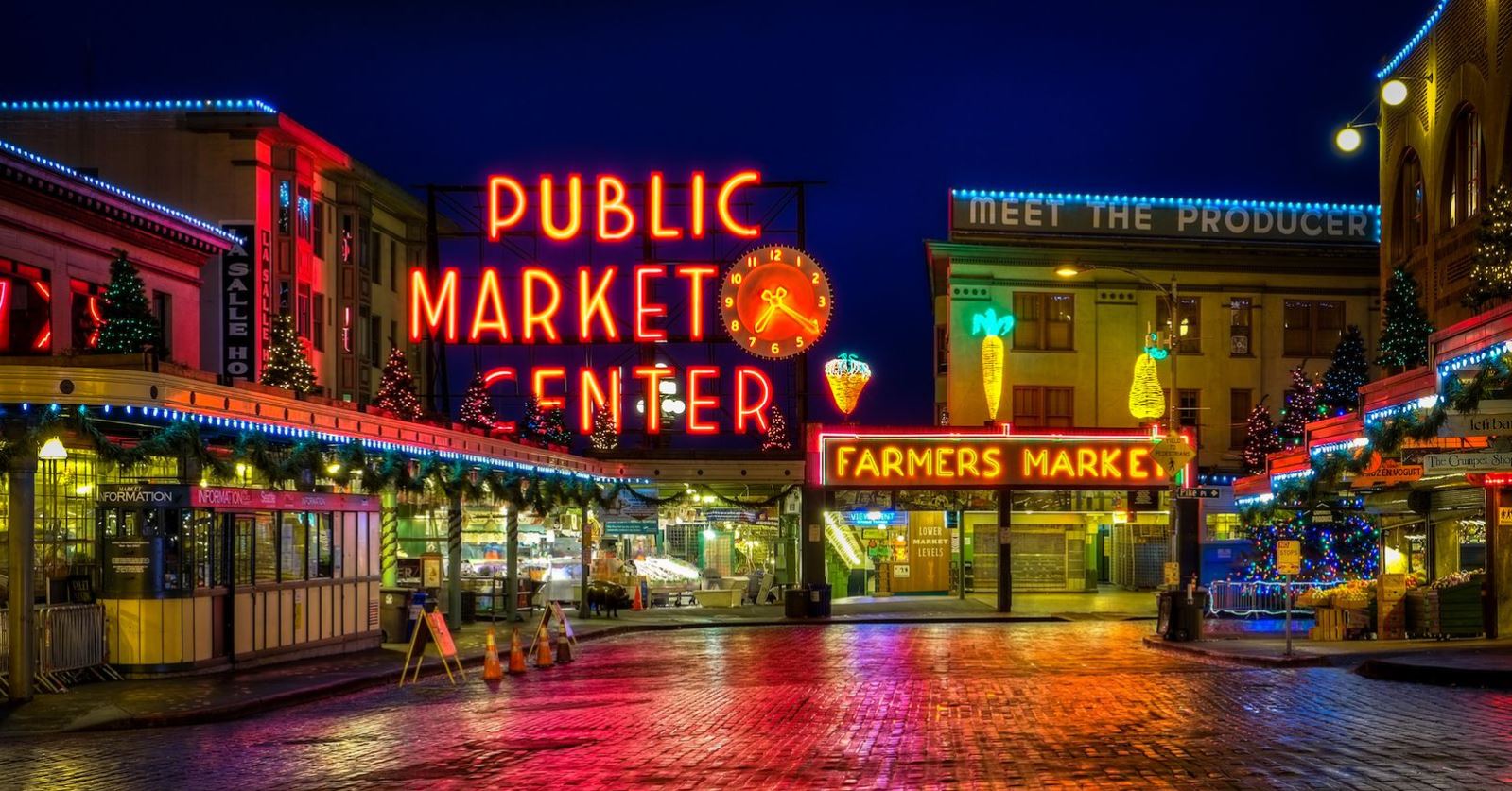 Pike Place Market has been around since 1907, also home to world's first Starbucks

There are several attractions within the market, one of them being the Market Heritage Center, a museum dedicated to the history of the market. The marketplace is also home to several local farmers from the area and is founded on the economic concept of ‘producers meeting the consumers’. This one of the city's most well known places has been also known for its street entertainers, besides the great and diverse dining options of various kinds.

The Pike Place Starbucks store, located at 1912 Pike Place, commonly called the Original Starbucks, is the first Starbucks store, established in 1971 at Pike Place Market in downtown Seattle, Washington. The store still has its original and early appearance over time and is subject to design guidelines due to its historic significance.

The romantic hit comedy movie Sleepless in Seattle was shot primarily in Seattle. Seattle is notorious as a rain city and what could be more romantic than cozy and rainy nights. However, during the filing of Sleepless in Seattle, the city was going through a drought and filming most of the rain scenes meant bringing in water trucks.

A zoological garden with more than 300 species of wildlife, this park has been the recipient of several awards in various conservation categories. The park is known to have created the world's first immersion exhibit, a naturalistic zoo environment which gives spectators a sense of being in the animal's habitat.

Tropical Asia, the park’s largest section hosts species from Asian jungles and grasslands, along with housing numerous other sections ranging from African savannah, species from Australasia to tropical rainforests of South America. 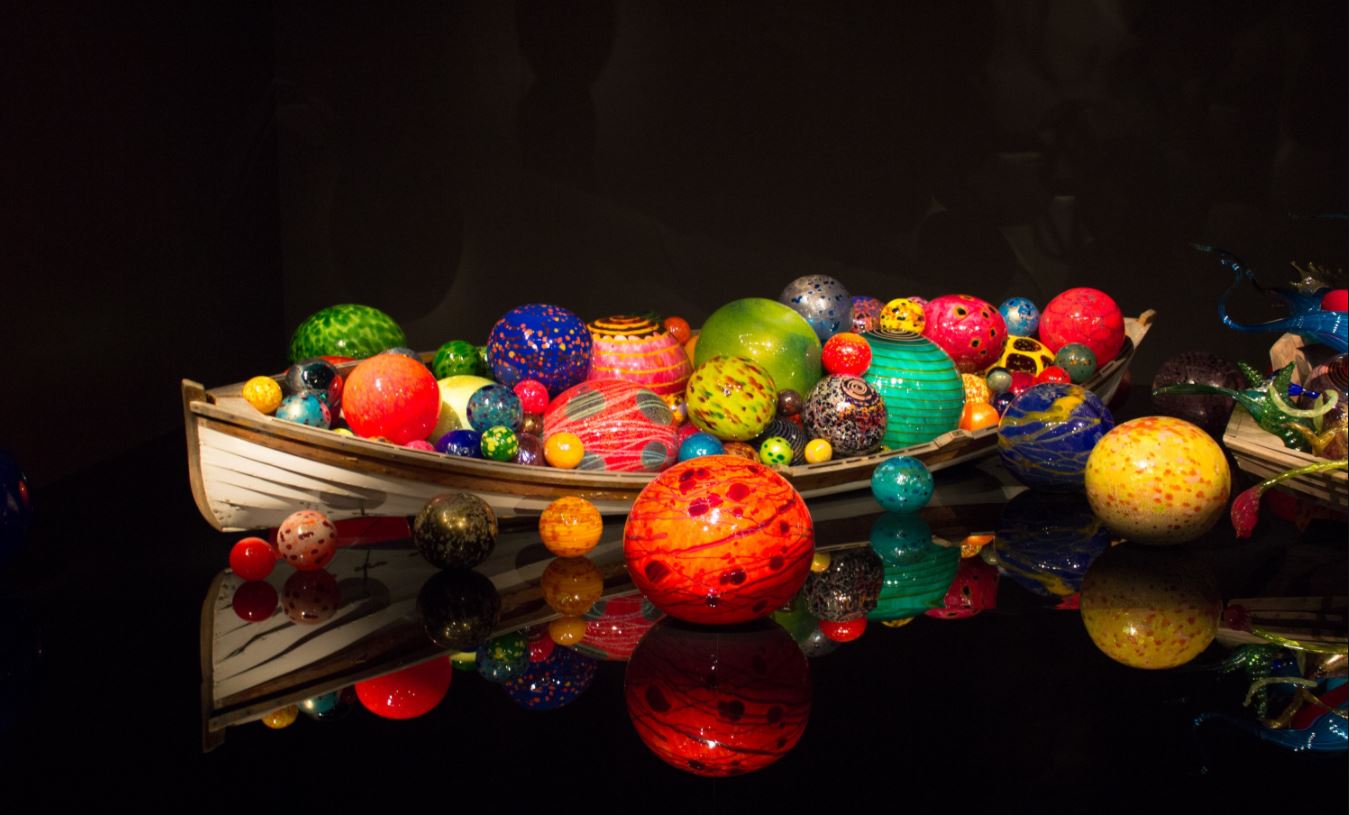 Chihuly Garden And Glass, one of Seattle's greatest treasures

No amount of words can describe the vibrance of this place located within the Seattle center. Born from the vision of Dale Chihuly's idea of creating this out of the world piece of art, the garden is definitely an extraordinary example of blown glass sculpture, a truly unique work of craftsmanship.

The art pieces and sculptures in the garden in spectacular forms might just change the perspective of looking at the art of glassblowing. That being said, Chihuly Garden And Glass could easily be one of the sole reasons for visiting Seattle. 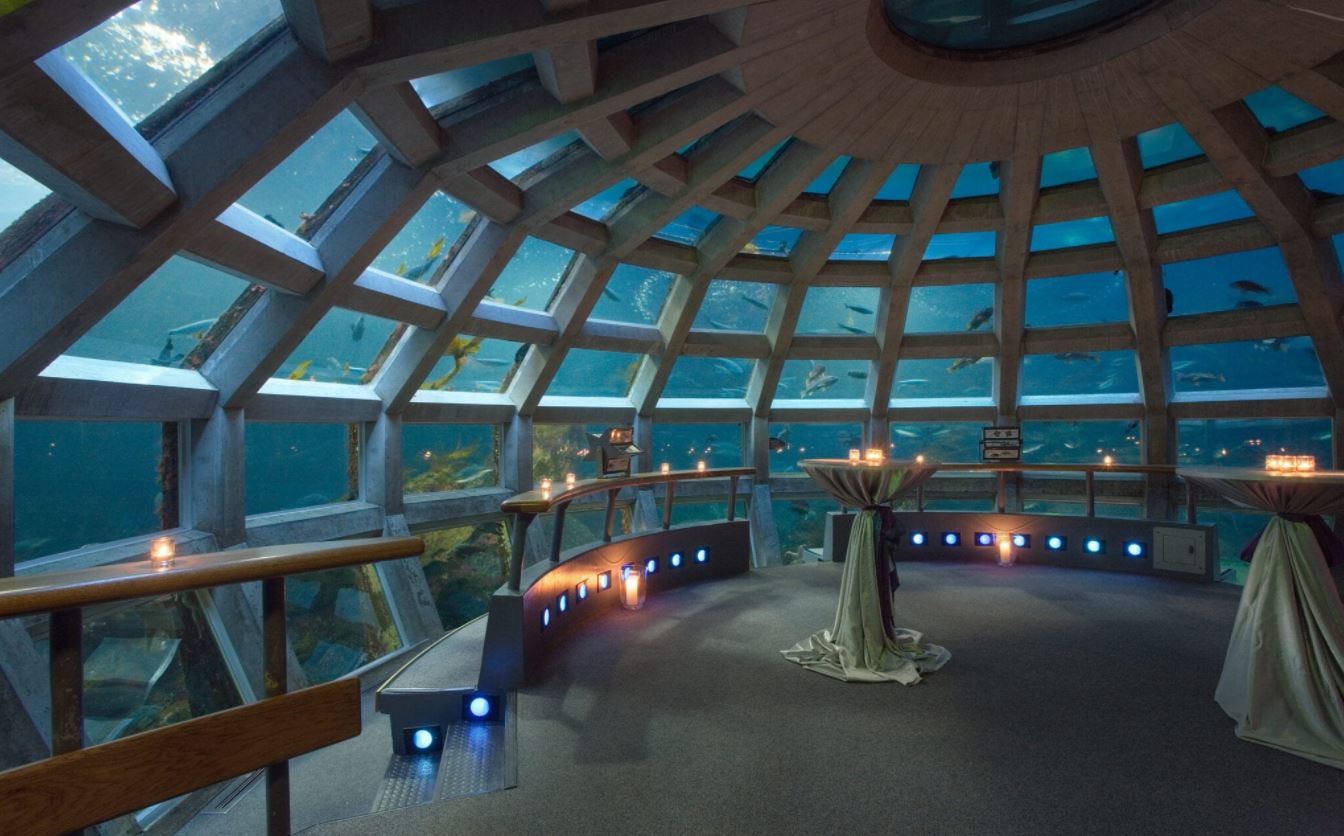 The Aquarium is home to octopus and seahorses, sharks, otters, seals, all kinds of fish

Located by the Elliott Bay waterfront, the aquarium is home to hundreds of species and mammals. This place would specifically be of greater interest to those wanting to know about the sea life in the Pacific Northwest. Maybe not as glorious as the aquariums which can be found in other cities of the U.S, but Seattle Aquarium could still be worth a visit when on a trip to this city.

Given various things to explore in the neighbourhood as well as within the city’s boundaries, Seattle is ready to surprise anyone planning a visit.