If you are planning to visit the United States, one of the sole reasons you might do so is to witness unlimited fun in some of the world’s best amusement parks.

Based around fairy tale fantasies and magical moments from some of the best blockbuster Hollywood movies, parks in America are one of this country’s most unique features, something probably not found anywhere else in the world.

Take your family on a trip to remember to explore the magical moments in some of the world’s best theme parks in the USA. 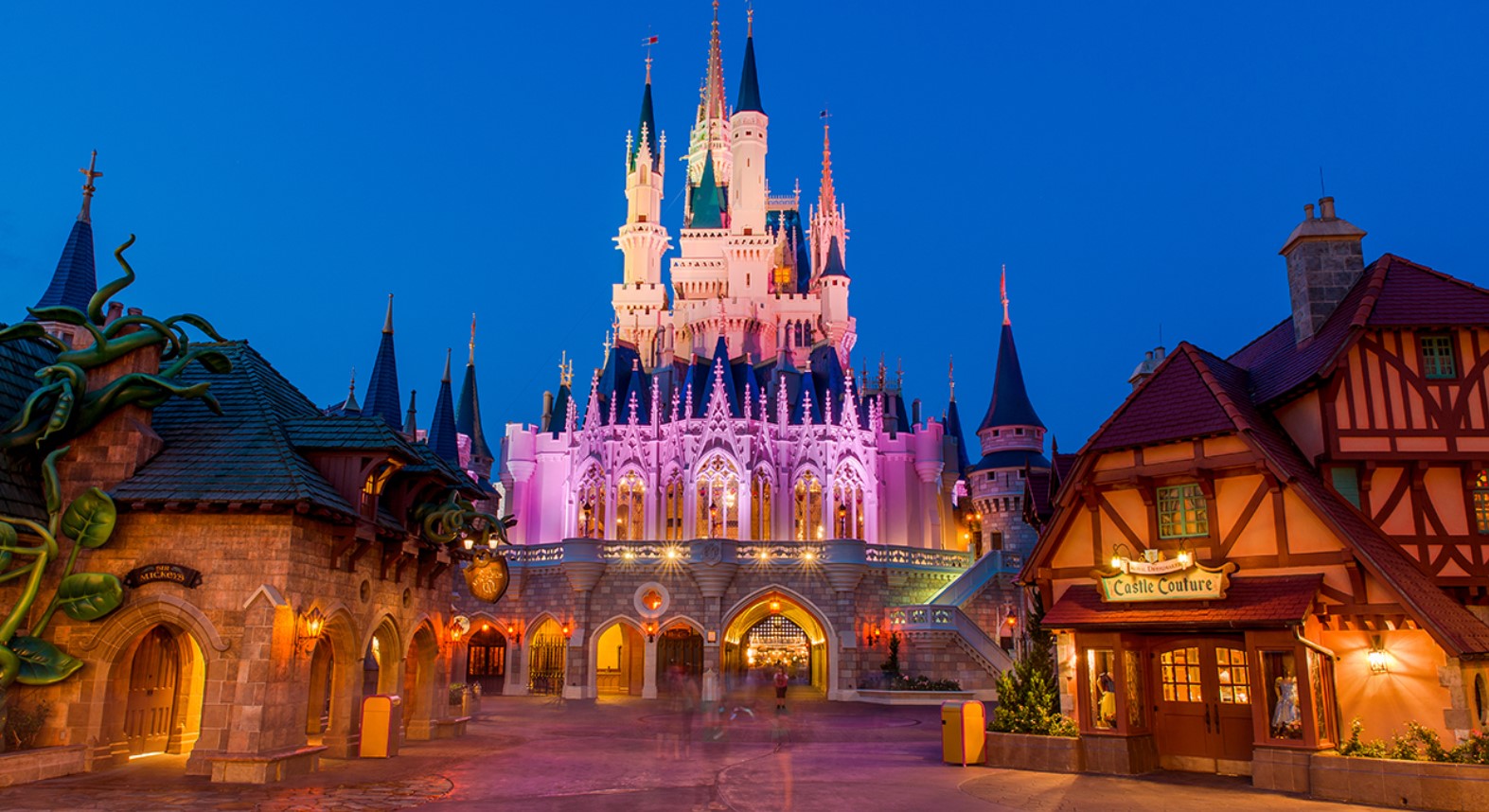 The park is represented by Cinderella Castle, inspired by the fairy tale castle seen in the 1950 film

Located in Walt Disney World Resort, this iconic amusement park is spread across six different themed lands. Dedicated to fairy tales and Disney characters, the park’s main attractions are based in Disneyland Park, Anaheim, California, The center of the park is the enchanting Cinderella Castle with numerous Disney character attractions located throughout the place. The breathtaking appeal of this place makes it America's most visited amusement park.

A zoological theme park in Walt Disney World Resort, Florida, the park’s most famed attraction includes Pandora- from The World of Avatar. The park’s main theme is based around showcasing the natural environment and animal conservation, and is considered as the largest theme park in the world. Home to over 2,000 animals living all across the Disney World, this park is unique given its nature based attractions, thrill rides, animal encounters and safaris, all together in one place! 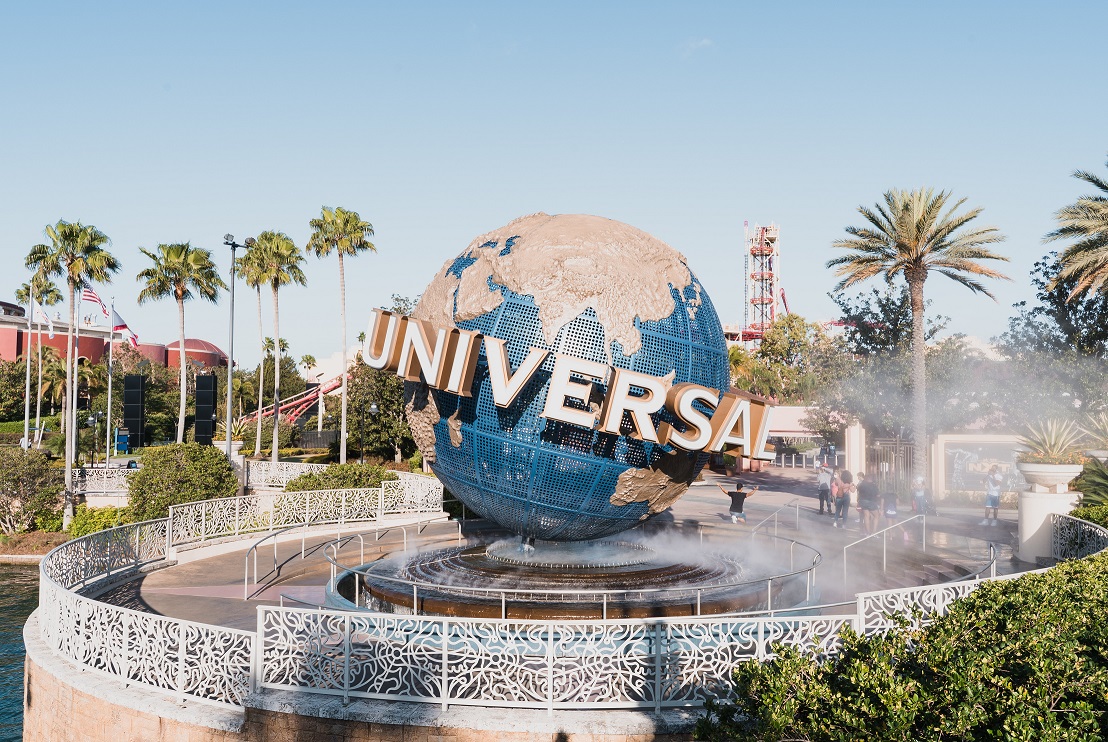 A film studio and a theme park in Los Angeles County, California, the park is based around the theme of Hollywood cinema. Known as the Entertainment capital of Los Angeles, the theme park was formerly created to give a complete tour of the Universal Studios sets.

One of the oldest Hollywood film studios still in use, the majority of the park’s area lies within the county island named as the Universal City. The park’s largest and most visited themed area, the Wizarding World of Harry Potter features themed rides, a replica of Hogwarts castle and numerous props from the blockbuster film franchise.

READ MORE:
Los Angeles aka City of Angles is the biggest city in California and second biggest city in the United States, a hub of the country’s film and entertainment industry, home to HollyWood and one of the most loved cities for those travelling to the U.S. for the first time. Find out more at Must See Places in Los Angeles

Another iconic theme park operated by NBCUniversal, this theme park in Florida is primarily based on movies, television and aspects from the Hollywood entertainment industry.

Featuring numerous themed rides from some of the favourite Hollywood movies of all time, besides many live shows, commercial areas and other attractions, Universal Studio Florida is definitely worth a visit to witness the most iconic parks of America.

Theme park located along the citywalk of Orlando, Florida, here you would find the enchanting replicas of some of the iconic castles, thrilling themed rides, beasts and characters from fantasy coming to life. Your favourite characters from Hollywood would come to life with numerous attractions and areas within the park based around the theme of cinema.

Thrilling rides like The Wizarding World of Harry Potter a secret school of witchcraft and wizardry, a ride through Hogwarts express and Jurassic world based extreme thrilling rides are some of the attractions which attract thousands of visitors to this theme park of America. 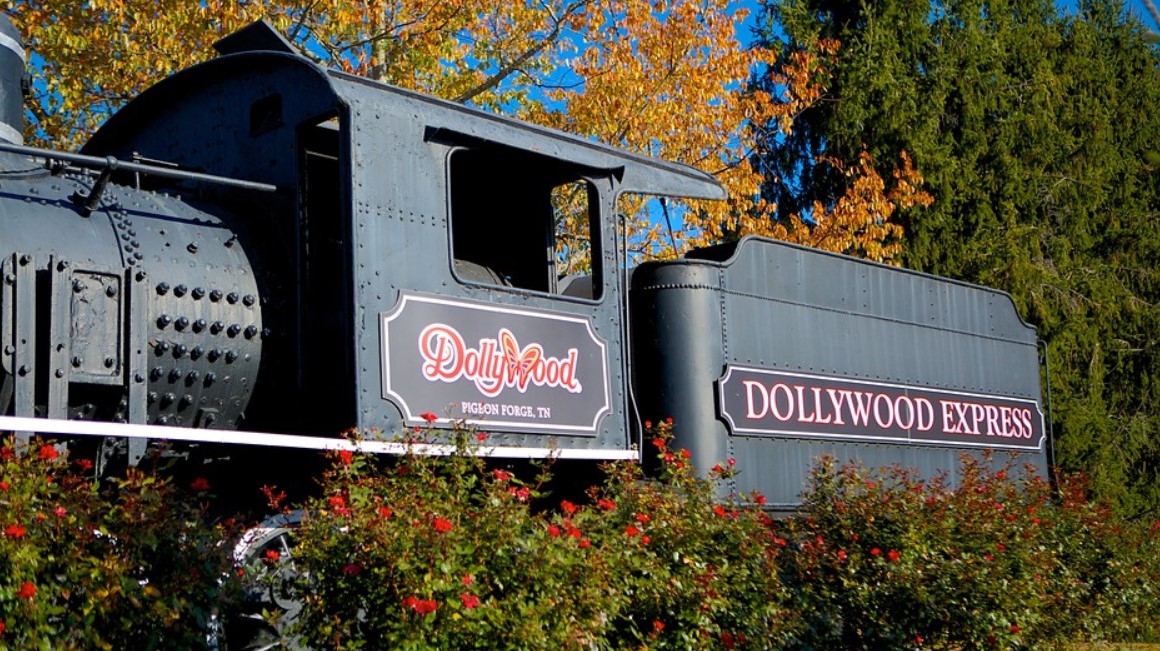 One of the top family amusement parks in the United States and is located at the foothills of the Great Smoky mountains. One unique feature of this biggest attraction in Tennessee is the park featuring the traditional crafts and culture from the Smoky Mountains region.

The place becomes a site of a number of concerts and musicals each year, amidst some of the best theme park rides and attractions. This countryside place resonates at a completely different level especially during Christmas and holiday season.

READ MORE:
Home to more than four hundred national parks spread across its fifty states, no list mentioning most astonishing parks in the United States may ever be complete. Learn about them in Travel Guide to Famous National Parks in USA 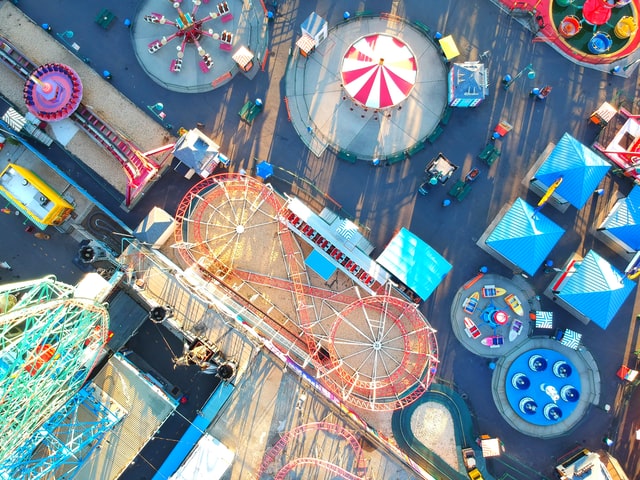 Named after the 1903 Luna Park of Brooklyn

Named after the 1903 Luna Park of Brooklyn, the park is located on Coney island of New York city. The place also happens to be built at the site of the 1962 Astroland amusement park. One of New York City’s fun filled destinations, this theme park features thrilling coasters, carnival rides and many family style attractions. Easily this could be one of the places in Brooklyn with great fun for both kids and adults alike.

Located in Disneyland Resort at Anaheim, California, this is a place where you will see your favourite Disney, Pixar and Marvel Studio heroes and characters come to life. With innovative attractions, multiple dining options and live concerts, the park is one of the most visited theme parks in California.

Based in Ohio, in Lake Erie peninsula, this amusement park is one of the oldest theme parks in the United States. Owned and operated by the Cedar Fair amusement park chain, the park has reached many milestones for its famed coasters, including winning other titles for several years, one of them being The Best Amusement Park in the world! 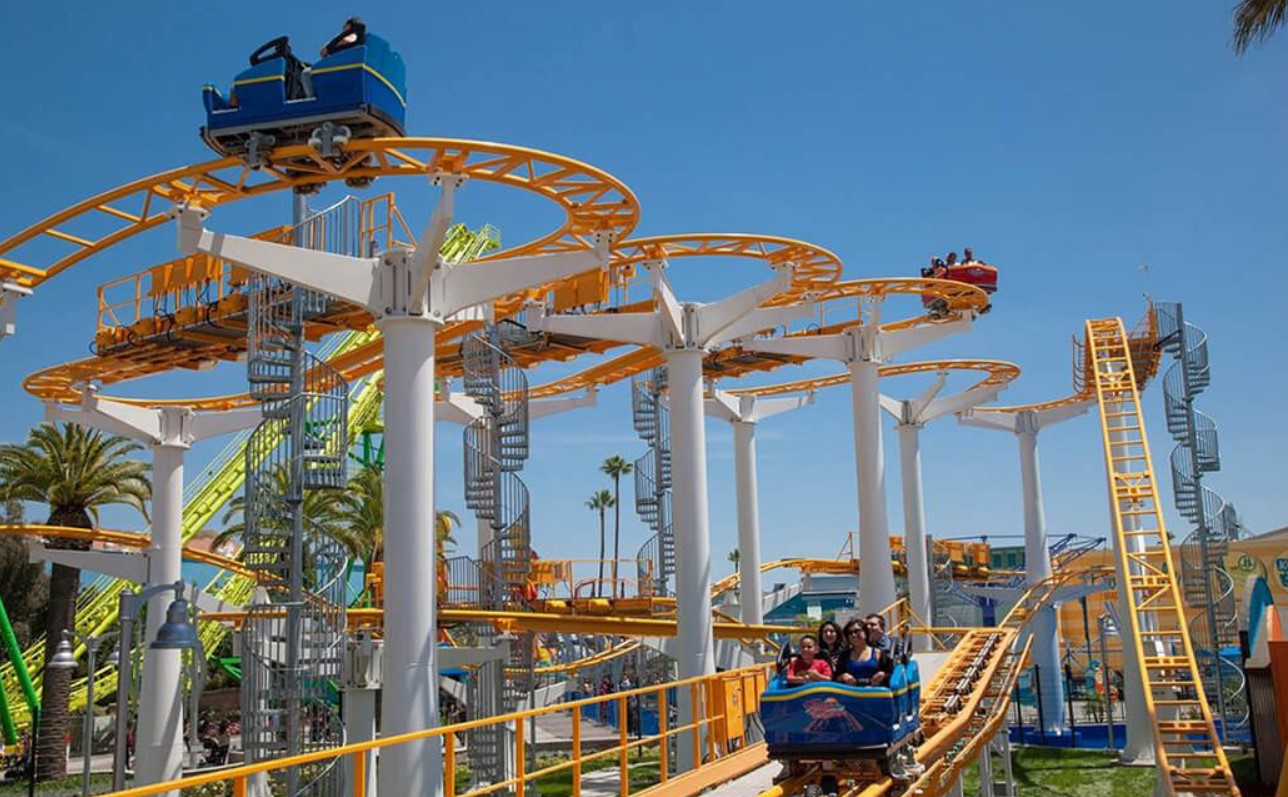 Another famous theme park located in California, today Knott Berry’s Farm is a world renowned theme park in Buena Park, with the original place developed from a berry farm into a huge family theme park destination that we see today. With an old fashioned charm of its own, the park actually dates back to a hundred years!

Bursting with attractions and entertainment for all ages, here you will get the best Californian vibes, which is also the city's first theme park. The place began in the 1920’s as a roadside berrystand, and was later developed into a modern amusement park. Today, this place boasts with visitors and is no doubt one of California’s must visit attractions.

READ MORE:
If you are curious about knowing more about the past of the USA, then you should certainly pay a visit to the museums in various cities and gain more knowledge about their past existence. Read more at Guide to Best Museum in the United States